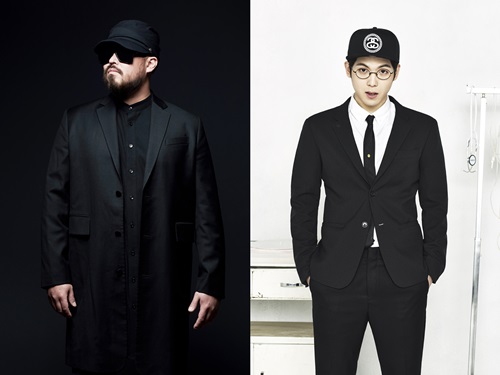 Leessang‘s Gil will be joining the fifth season of Mnet‘s “Show Me the Money” as a producer.

The rumors were confirmed on March 11 along with an announcement about Gil and Mad Clown forming one of the producer teams. Other confirmed producers are Simon D and Gray (AOMG), Dok2 and The Quiett (Illionaire), and Yang Dong Geun.

This marks Gil’s return to television after two years since his DUI incident in 2014 that led him to drop out of MBC’s “Infinite Challenge.” Regarding his long-awaited comeback, Gil commented, “I will show everything about my 20-year hip-hop journey, starting from my debut in Honey Family in 1996 to Leessang. I’m truly grateful to ‘Show Me the Money’ for giving this troublemaker a second chance.”

Mad Clown shared his thoughts on going from a contestant to a producer, “I’m honored to appear on the show with some of Korea’s leading producers. I’ve been a ‘Show Me the Money’ contestant myself, and it feels slightly nostalgic to be joining this season as a producer.”

“Show Me the Money 5” is expected to premiere in May.

Show Me the Money 5
Gil
Leessang
Mad Clown
How does this article make you feel?