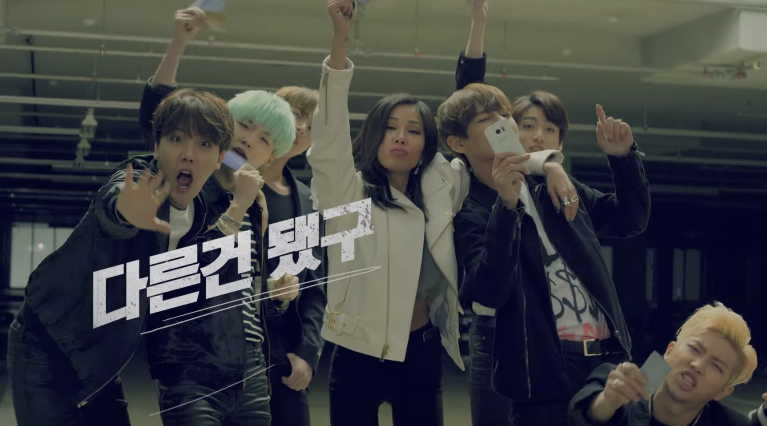 Watch: BTS and Jessi Battle It Out in SK Telecom Commercial

Following news that BTS signed an endorsement deal with telecommunications company SK Telecom and the release of teaser images of their photo shoot as the new face for the company, the group features in a television commercial for SK Telecom’s data cards with none other than rapper Jessi.

In the commercial, BTS and Jessi battle it out, dropping dance and rap bars all while having a good time.

Meanwhile, BTS recently celebrated their 1,000th day anniversary since debut and is proving to be a force to be reckoned with as they continue to set new K-Pop records on the Billboard World Album Chart. Jessi made a comeback with her group Lucky J with “No Love” and is slated to make a solo comeback with an R&B ballad.

What did you think about the BTS x Jessi collab?

Jessi
BTS
How does this article make you feel?