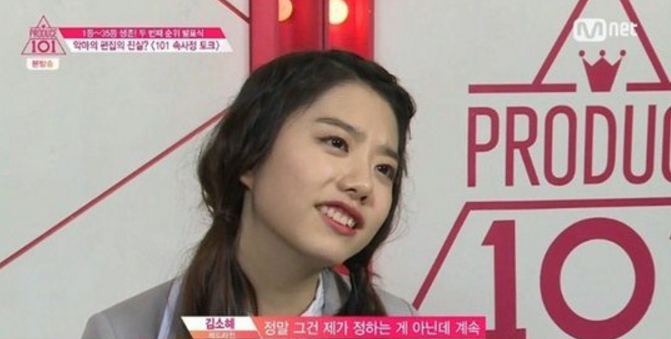 Trainee Kim Sohye denies having any connection to the producers of Mnet‘s “Produce 101.”

On the March 11 broadcast of the show, the trainees are given the chance to relay their thoughts and suggestions to the show’s production team.

When it’s Kim Sohye turn to speak up, she immediately goes, “I’m not playing any sneaky games.” Addressing the generous amount of footage about her in each episode, she emphasizes, “That’s not something I can decide. I’m not ‘Mnet’s Daughter.'”

Some netizens believe that Mnet is favoring Kim Sohye over other trainees, particularly those from other small agencies. Many are now calling her ‘Mnet’s Daughter.’ 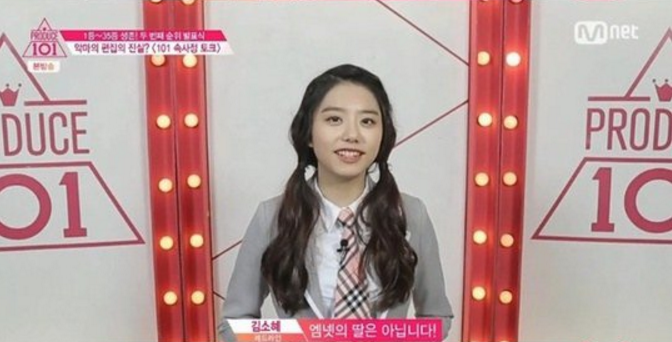 “Also, [‘Produce 101’ producer] An Joon Young is not even married yet. Honestly, that’s not it. We’re not connected to each other,” Kim Sohye denies all rumors of favoritism during the interview.

Produce 101
Kim Sohye
How does this article make you feel?