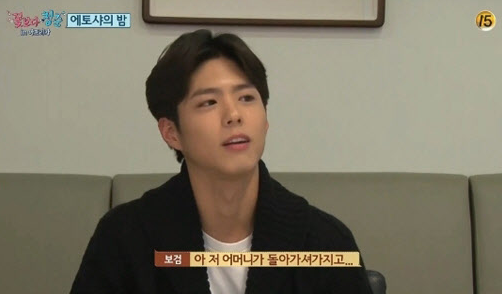 Park Bo Gum has talked about his late mother during the recent episode of “Youths Over Flowers.”

In Park Bo Gum’s audition clip, he gets a question about his mother. He replies, “My mother passed away when I was in fourth grade.”

When the staff hands him the script from “Reply 1994” and he is asked to act out one of Chil Bong’s scenes, Park Bo Gum starts tearing up before starting to act. 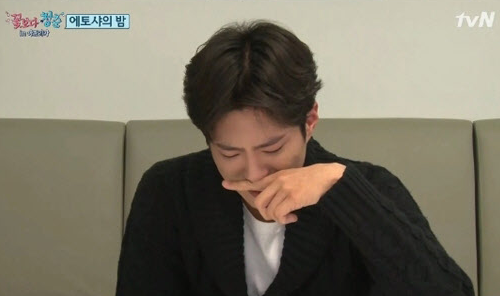 The scene he has to act out is the part where Chil Bong leaves a voice message for his mother. In the middle of acting, Park Bo Gum bursts into tears.

During an interview with the staff, Park Bo Gum adds, “I don’t have a family photo. After growing up, I realized that my family never dressed up and went to the photo studio to take a photo together.”

Park Bo Gum
Reply 1988
Boys Over Flowers
How does this article make you feel?