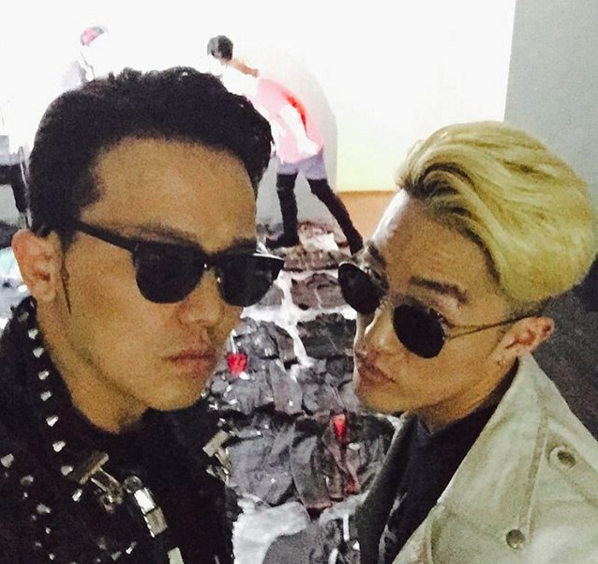 Kush and Zion.T Confirmed as Final Producer Team for “Show Me the Money 5”

The fourth and final producer team to join “Show Me the Money 5” has been confirmed!

Joining the new season as producers, solo artist Zion.T and former YG Entertainment producer Kush were spotted at the first round of auditions held on March 12 at Olympic Park‘s SK Handball Stadium in Seoul.

The two talented musicians made their final decisions about hopping on board rather last minute after lengthy and careful consideration.

This means that the four producer teams appearing on “Show Me the Money 5” will be Simon D and Gray (AOMG), Dok2 and The Quiett (Illionaire), and Gil and Mad Clown. Yang Dong Geun backed out due to scheduling conflicts.

Meanwhile, the first audition day has been kicked off in high spirits. The big star of the day has been Jung Joon Ha, who stopped by the audition location with MBC’s “Infinite Challenge” PD Kim Tae Ho and fellow cast member Haha.

Show Me the Money 5
Zion-T
Kush
How does this article make you feel?