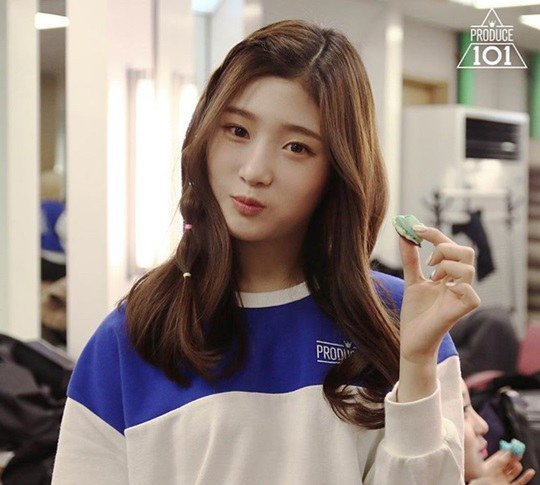 Jung Chaeyeon is being forced to make happy decisions based on the numerous love calls that have been coming her way since her appearance on “Produce 101.”

She has been appealing to viewers with her lovely and pure charms in the Mnet girl group survival show “Produce 101.” She has also proved that she is able to take on sexy concepts as well through her performance of Sunmi’s “Full Moon.”

Due to her soaring popularity, she has received 13 ad offers, ranging from cosmetics and drinks to chicken and bakeries.

However, she has turned down all the offers in order to concentrate on her performance in “Produce 101.”

Jung Chaeyeon first made her way into the entertainment field as a member of DIA, though she announced she would be leaving the group starting her participation in “Produce 101.” It is unclear whether or not she will rejoin the group following the conclusion of “Produce 101.”

Produce 101
Jung Chaeyeon
How does this article make you feel?