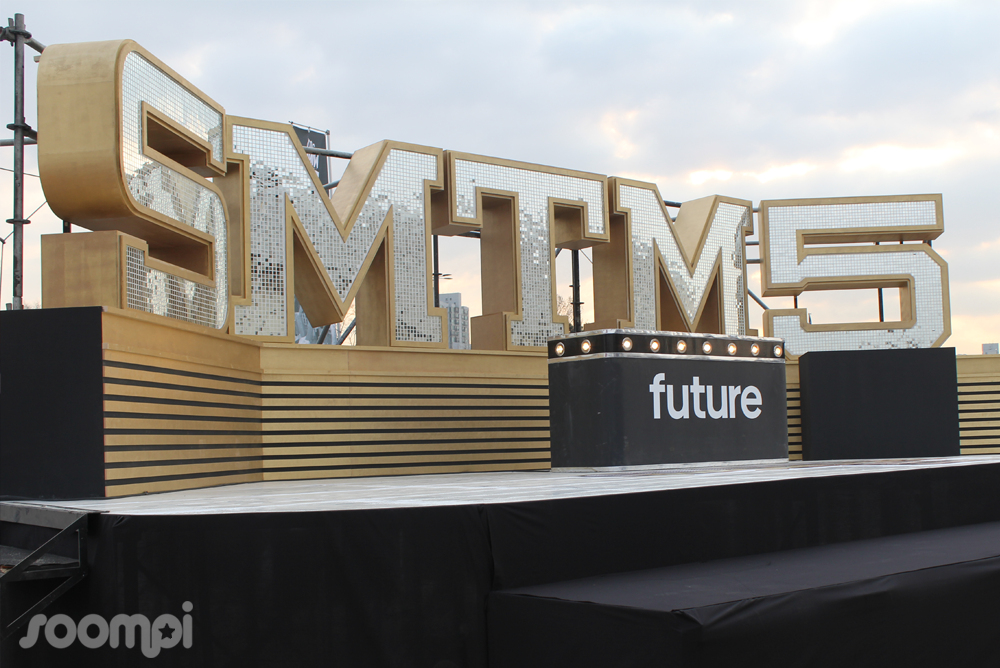 Exclusive: Behind-the-Scenes of “Show Me The Money 5” Auditions

This morning, bright and early at 7AM the Soompi team headed over to the Olympic Park where “Show Me The Money Season 5” (SMTM) auditions were being held. As we neared the venue, freezing in the March cold, we were shocked by the massive line of people ready to test their skills in hopes of making it onto the new season of SMTM. Everyone from guys in their military fatigues to high school students in their uniforms (and probably cutting their Saturday study classes), there were over a thousand hopefuls furtively practicing their cyphers and listening to music to get in the zone. 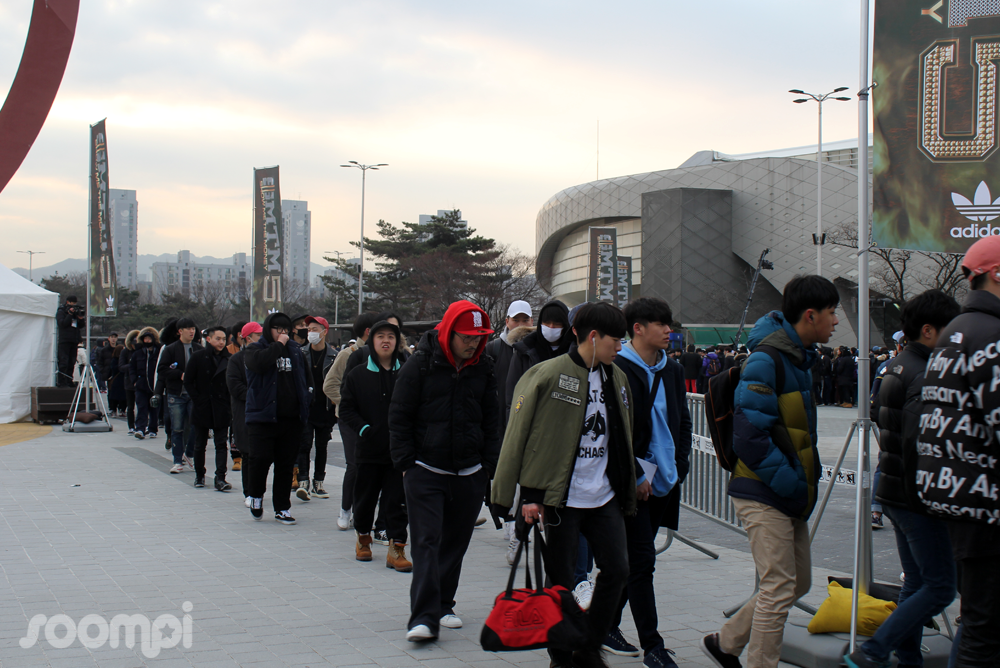 In addition to the masses of people trying to break into the music industry through the auditions, there were also many familiar faces who had to wait in line alongside them. Underground rappers like CJamm and Bewhy drew crowds and fellow contestants were eager to take photos alongside them during the long, long waiting process.

There were also many familiar faces. Topp Dogg‘s rap-line members, A-Tom, Yano, and Jenissi, were in attendance looking to try their hand on the program. 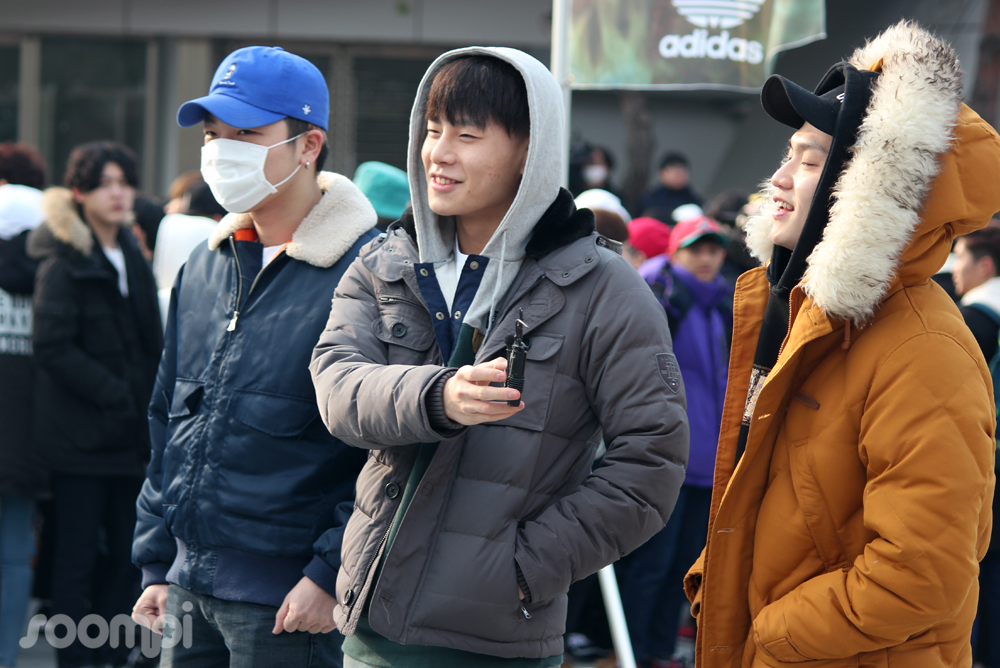 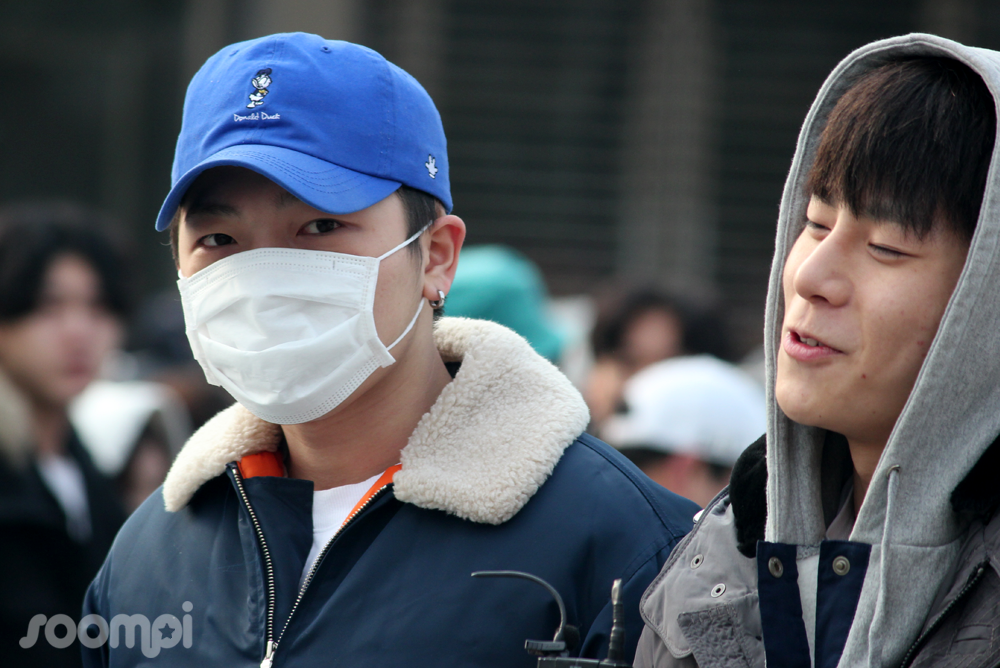 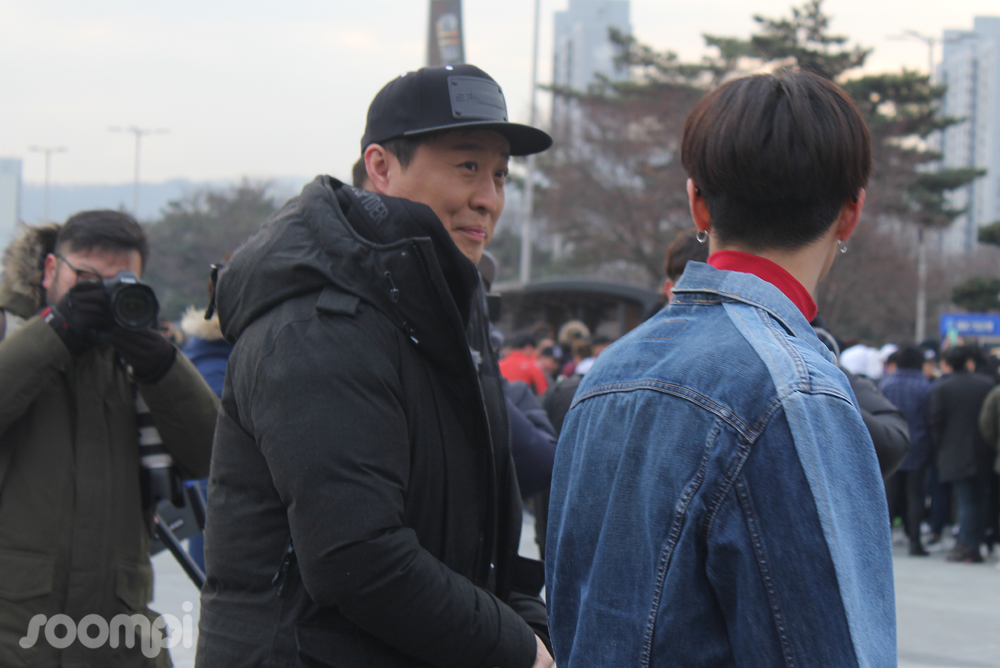 Perhaps the most surprising contestant was “Infinite Challenge” member Jung Joon Ha rose to the challenge issued to him by Haha – to try out for SMTM. Not only did he wait in line with the rest of the contestants, but he eagerly gave out selfies and tried to soothe the nerves of the people around him, including UNIQ’s Seungyeon (despite looking a bit nervous himself). Check out more about his SMTM audition here.

At 9AM the doors to the Olympic Handball Arena finally opened and fans were able to ender — in groups of 800. The task? To perform their cypher a cappella and win the golden necklace to move on to the next round. Auditions will take place over two days, the 12th to the 13th, and contestants can only audition once.

Who are you most excited about seeing on this season of SMTM?

Soompi Spotlight
Show Me the Money 5
Infinite Challenge
How does this article make you feel?