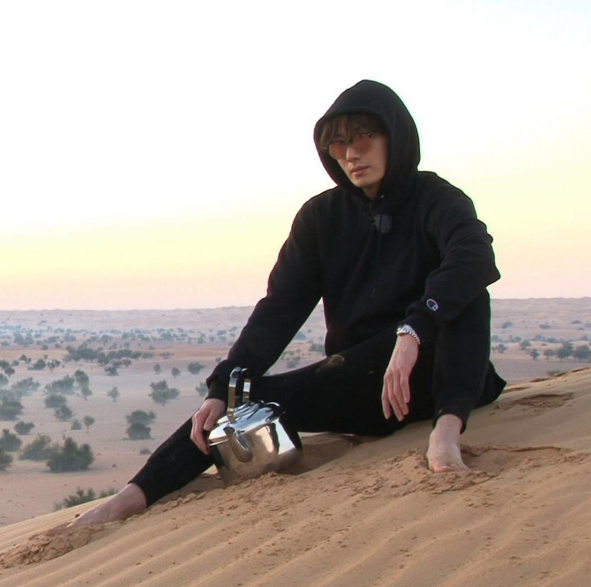 On the upcoming episode of “Running Man,” actor Jung Il Woo and Lee Da Hae will guest on the show and take a trip to Dubai with the rest of the members.

During the trip, “Running Man” members and the guests play a game of jokgu (Korean football game) in the middle of Dubai desert. Everyone thinks that Jung Il Woo will be the ace of his team, but he ends up surprising the others with his unexpected lack of skills.

Jung Il Woo gives his best running around on the hot desert ground, but it turns into a sea of laughter as he keeps kicking the air instead of the ball.

According to the staff, “Running Man” members shout, “This is the first time seeing someone getting three strikes!” and make fun of him during the game.

His clumsy charms continue later when he gets a mission to buy certain things just by hearing the corresponding Arabic word. He ends up buying the wrong things, which will be a great laugh for fans.

To see more of what happens on their trip to Dubai, catch the next episode of “Running Man” on March 13 at 4:50 p.m. KST.

Jung Il Woo
Running Man
How does this article make you feel?