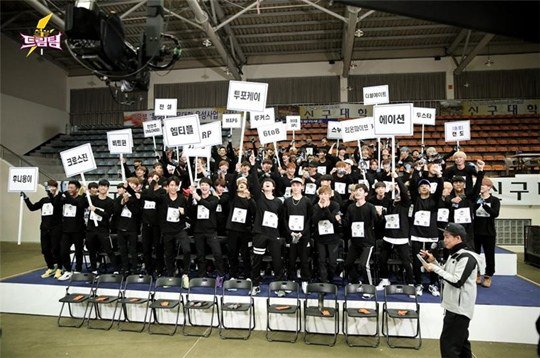 On the latest episode of “Dream Team,” guests participate in a hybrid game special, “Heroes vs. Minions,” which combines computer games with competitions unique to “Dream Team,” creating a hybrid that’s the first of its kind.

On a patented set, these participants face off in a fiery competition in order to determine the “ultimate hero.”

In addition to already well-known “athletic-dols” such as Cross Gene’s Takuya and JJCC’s Simba, members from groups such as KNK, LEGEND, and Topp Dogg make up some of the 100 participants who energetically compete on the show.

Dream Team
How does this article make you feel?