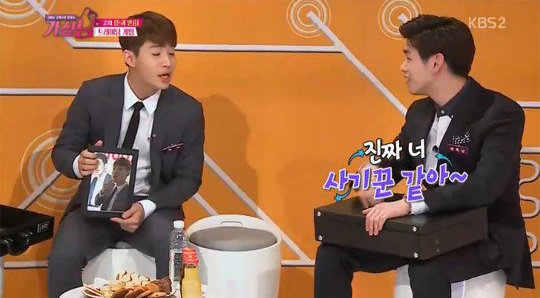 On March 12, during the second episode of KBS2’s “Best Man,” the nine participants must decide on the “best man” among themselves.

In order to do so, they go through a “training game” where they engage in psychological warfare and try to con each other to end up with a profit, after freely exchanging seven selfies all worth different amounts. 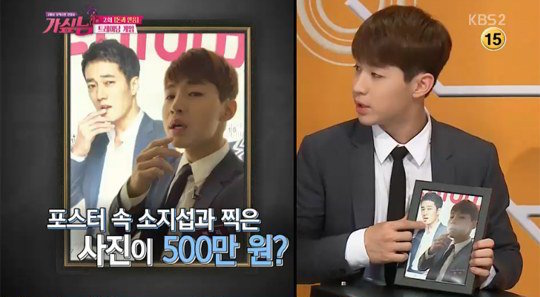 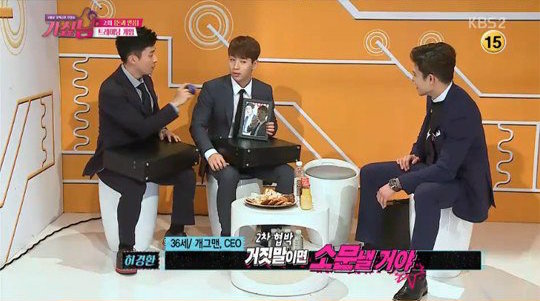 Super Junior‘s Henry, who ends up in a room with Heo Kyung Hwan and Bang Chang Suk, tries to sell a selfie of himself posing in front of a magazine cover of So Ji Sub, insisting, “So Ji Sub is worth a lot so this photo is worth 5 million won (approximately $4,200).”

Heo Kyung Hwan responds, “If it isn’t 5 million won, then I will spread rumors about you being a wreck.” Henry defensively says, “I don’t know you guys that well so I don’t trust you.” 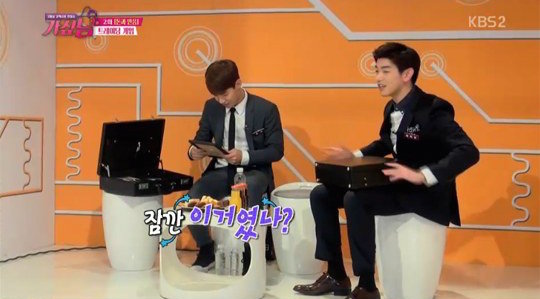 After the negotiations, Henry meets up with Eric Nam, and tries to exchange the picture once more. Eric Nam, who explodes with laughter at Henry’s nonsensical talk, exclaims, “You’re like a con artist.”