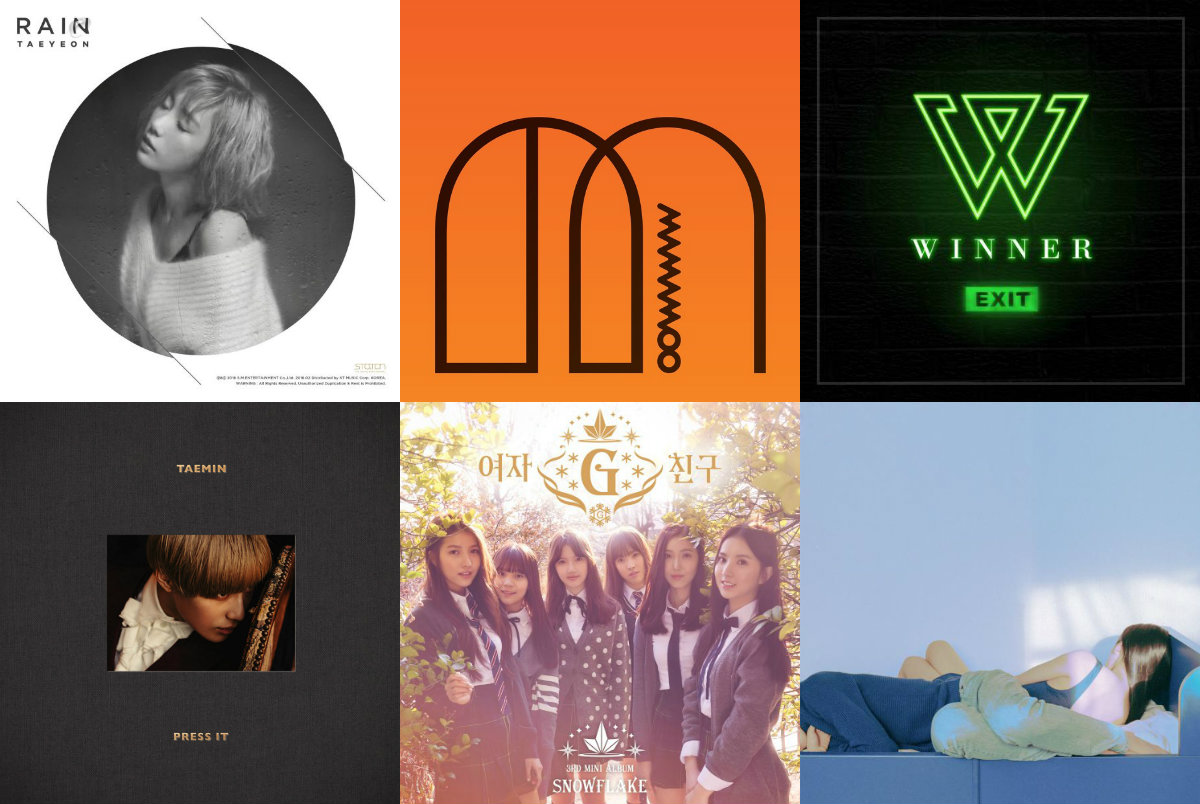 Mamamoo scores their first ever No. 1 song with “You’re The Best,” moving up 10 spots to the top of our chart.

The talented quartet debuted in 2014 and has steadily increased their popularity with each new release. Mamamoo recently released their first full length album “Melting.” “You Are The Best” is the title track co-written by two of Kpop’s biggest hitmakers: Kim Do Hoon and Double Sidekick. It is an upbeat R&B song that showcases Mamamoo’s talent. The lyrics tell listeners they are beautiful regardless of where they are coming from. “You’re The Best” won on Inkigayo last week. It was also Mamamoo’s first win on a music show. Congratulations to Mamamoo.

GFRIEND’s “Rough,” which was our No. 1 song for the last four weeks, drops a spot to No. 2. Rounding out an all-female top three is Taeyeon’s “Rain,” also dropping one spot to No. 3.

There is one more new song in the top 10 this week. Moving up nine spots to No. 5 is SHINEE’s Taemin. His latest hit “Press Your Number” is from his first solo full length album. It is written by well known international pop artist Bruno Mars and top production team The Stereotypes. It has a funky electro dance rhythm. Taemin wrote the lyrics himself about a man who waits for the person he loves. With the exception of Inkigayo, “Press Your Number” won every music show last week. Let’s see if it will move up to challenge for the top spot next week.

About The Soompi Music Chart: