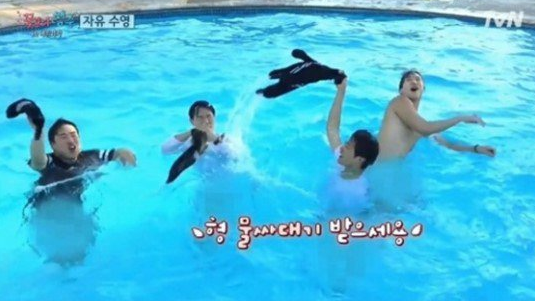 The production team behind tvN‘s “Youth Over Flowers” has apologized for the members’ controversial behavior at a hotel in Namibia.

“In an effort to portray the youths’ journey without any editing, we did not pay enough attention to cutting out scenes that may seem inappropriate, and we apologize for that. From now on, we will work harder to display only their most presentable sides,” a member of the show’s production team told Daily Sports on March 13.

In the episode of “Youth Over Flowers” that aired on March 11, Ryu Jun Yeol, Ahn Jae Hong, Ko Kyung Pyo, and Park Bo Gum head to the hotel restaurant without changing out of their gowns and proceed to have breakfast in them. The subtitles underneath them call them “Gown Angel 2” and “Gown Angel 3.” Soon afterwards, a hotel worker approaches them and points out their wrongdoings. 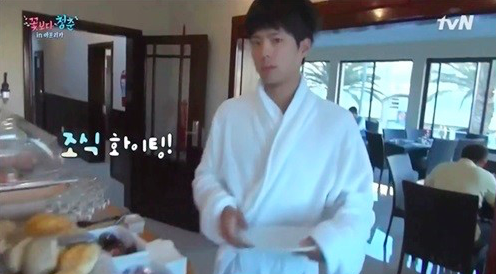 “The hotel worker wants us to change,” Ahn Jae Hong says, and the cast members go to change their outfits. 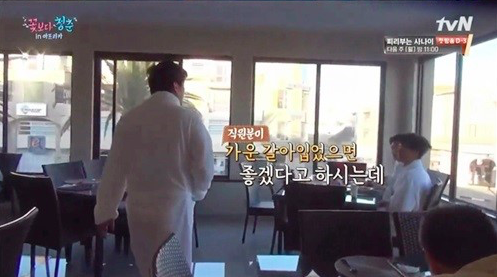 The second controversial scene features the members at the hotel pool. While swimming with the group, Ko Kyung Pyo suggests, “Do you want to hold up your boxers and wave them?” They all take off their boxers and shake them in the air, which shows they are completely naked. This is problematic when the hotel pool is for communal use, not just for the members. 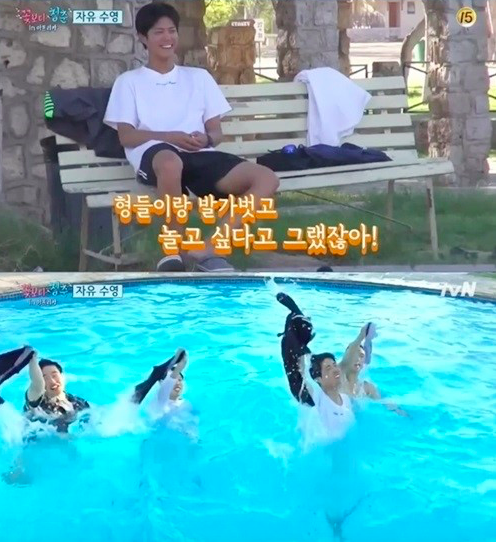 After the show aired, some netizens were quick to point out the members’ bad manners.

“Eating in gowns or swimming naked in a hotel pool are not images of Korea we want engrave in the minds of foreigners. The members and crew need to be more cautious,” a netizen said. “If the members were too young to realize their mistakes, the crew should have either stopped them or cut out the entire scene.”

Do you think that the members of “Youth Over Flowers” were out of line with their actions?