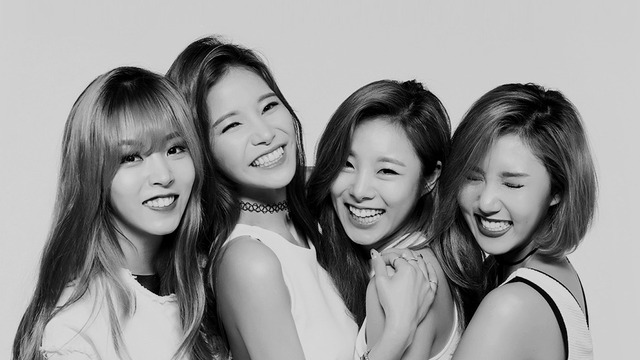 MAMAMOO Posts Apology to Taemin and His Fans

On March 13, MAMAMOO posted onto their official Twitter an apology to SHINee‘s Taemin and his fans, as well as a few other artists.

The group states, “There was so much going on that we made a mistake, and our words were discourteous to Taemin sunbae and his fans. We’re sorry. We are also very sorry to sunbae Jimin of AOA, Xiumin sunbae, and the members of TWICE.” 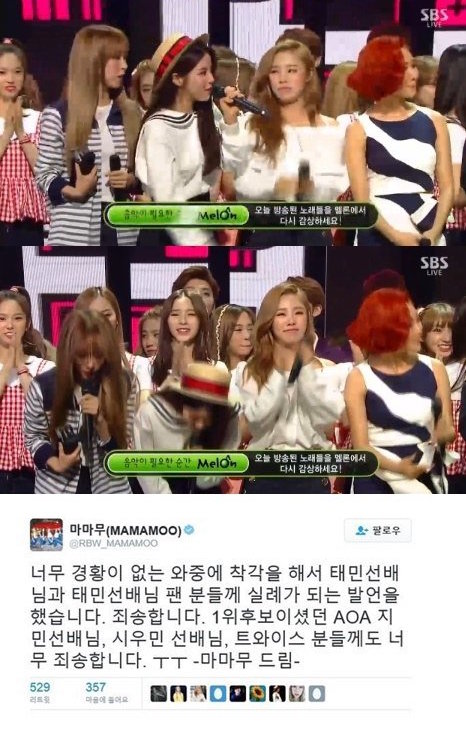 MAMAMOO’s apology references their acceptance speech upon winning first place on the most recent episode of the SBS music show “Inkigayo.”

During their speech, member Solar said, “We consider it an honor to have even been a candidate for first place with Taemin.”

However, although MAMAMOO has frequently been up against Taemin for first place on music shows in the past weeks, he was not a candidate on this week’s episode of “Inkigayo.” Instead, it was AOA’s Jimin and EXO’s Xiumin’s “Call You Bae” and TWICE’s “Like OOH AHH” that were in the running for first with MAMAMOO’s “You’re the Best.”

What are your thoughts on MAMAMOO’s apology?