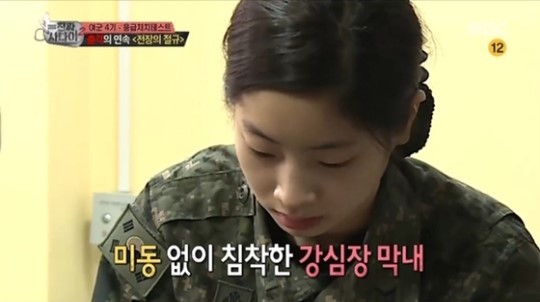 TWICE’s Dahyun Keeps Her Cool Under Pressure on “Real Men”

Despite being the maknae, TWICE‘s Dahyun impressed viewers with her ability to maintain her composure under pressure.

On the March 13 episode of the female soldiers edition of MBC‘s “Real Men,” the cast members participated in an emergency first aid training evaluation.

During the evaluation, the cast is confronted with three patients: one is bleeding from an amputated wrist, another is suffering from post-traumatic stress disorder, and the third is in need of cardiopulmonary resuscitation (CPR). 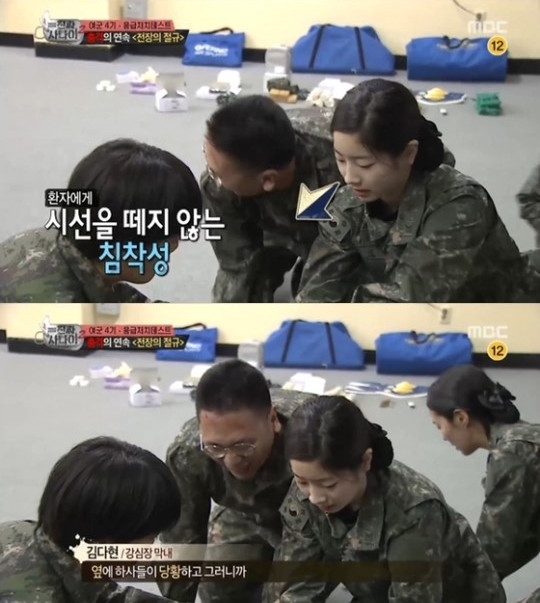 Dahyun steps up to the plate and keeps her cool while using the tourniquet she brought on the amputated wrist patient, and Nana begins CPR on the other patient. All the while, Dahyun keeps her eye on the PTSD patient. 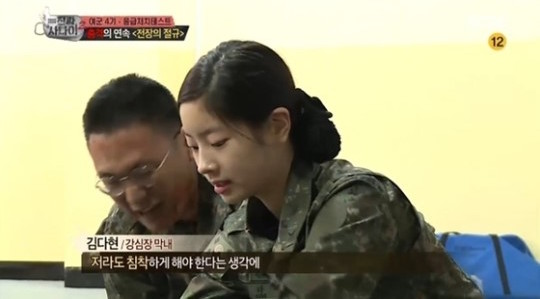 “Because the staff sergeants next to me were flustered, I felt that at least I needed to keep my cool and do something, and I think I was able to do so,” Dahyun shares in subsequent interview.

Were you impressed with how Dahyun handled the situation?

TWICE
Dahyun
Real Men
How does this article make you feel?