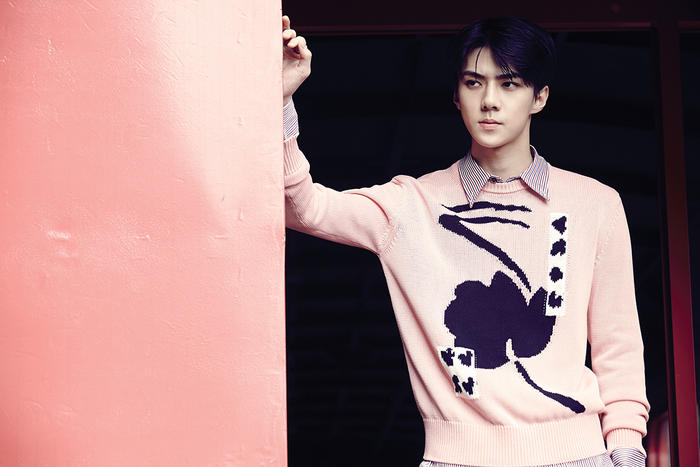 On March 14, a representative from SM Entertainment confirms that EXO‘s Sehun has been cast in the joint Korean-Chinese produced movie, “Myo Sung In,” and he will begin filming sometime this month.

When asked about potential scheduling conflicts with EXO’s comeback, the representative says, “Even if that happens, both his EXO promotions and movie filming will seamlessly proceed regardless.”

Sehun’s first acting gig was alongside his fellow members in the web drama “EXO Next Door.” He joins the ranks of his members as an “actor-(i)dol” with this movie casting.

“Myo Sung In” will also star actor Liu De Kai and actress Wu Qian. Directed by Park Hee Kon, it aims for a release sometime during the first half of next year.

The movie is being called “Cats Man (Myo Sung In)” and Sehun takes the lead role of Yang Geo. The movie is described as a romantic fantasy in which a half cat, half human male and a woman who develops apps live together. The main female character is developing an app to translate cat sounds. The main male character is an animal behaviorist who specializes in felines and has been living as a half cat, half human due to a magic spell. He appears chic and cold but has a unexpected “healing charisma” that “melts wounded hearts.”

The film is being produced by Korea’s Boston E&M and China’s Croton Media. Filming is expected to start mid-March.