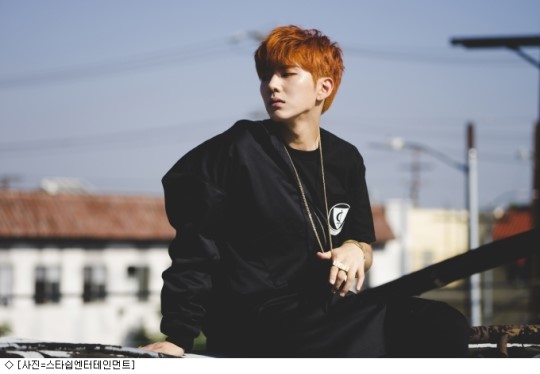 Boy group MONSTA X’s Kihyun will be joining the cast and crew of the MBC variety program “CEO Next Door!”

On March 14, Starship Entertainment said, “MONSTA X’s Kihyun will be joining ‘CEO Next Door’ along with Yang Se Chan and Kim Dong Hyun. Continuing on from ‘King of Mask Singer,’ this will be a chance to see Kihyun’s hidden variety talents. We will work hard to show you a good image.”

According to an MBC representative on March 11, “CEO Next Door” will be recruiting its new members for a countryside sales project. The original plan was for 12 episodes, but it has been extended for three more episodes. The aim of the project is to understand and help the rural economy that has flagged since the increase in consumption of imported goods.

As the main vocalist of MONSTA X, Kihyun had appeared on MBC’s “King of Mask Singer” in the past and lost by three votes in the second round. He also appeared in the survival program “NO.MERCY” before his debut and contributed to OSTs for “Orange Marmalade” and “She Was Pretty.”

MONSTA X
Kihyun
CEO Next Door
How does this article make you feel?