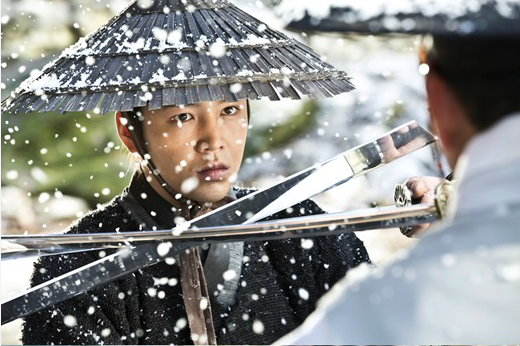 In the pictures, Jang Geun Suk is facing off with an unknown person in the middle of a snowy scene. He is dressed in rough, humble clothing and a wide-brimmed traditional bamboo hat (satgat) while two blades are held to his throat. 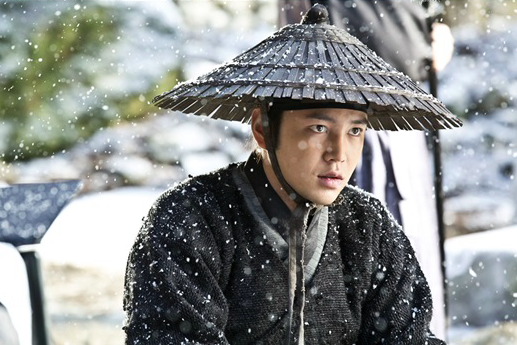 Despite the imminent danger, Jang Geun Suk stares defiantly at the person in front of him. “From the first script reading, he impressed us with his ability to get into character,” the production staff said. “When he acted out the scene, he was so perfectly in character that we just watched with bated breath.”

“Daebak” is a fictional historical drama about a prince named Dae Gil (Jang Geun Suk) who was forgotten by his father and comes into conflict with his younger brother (Yeo Jin Goo). The first episode will air on March 28 at 10 p.m. KST following the end of “Six Flying Dragons.”

Daebak
Jang Keun Suk
How does this article make you feel?