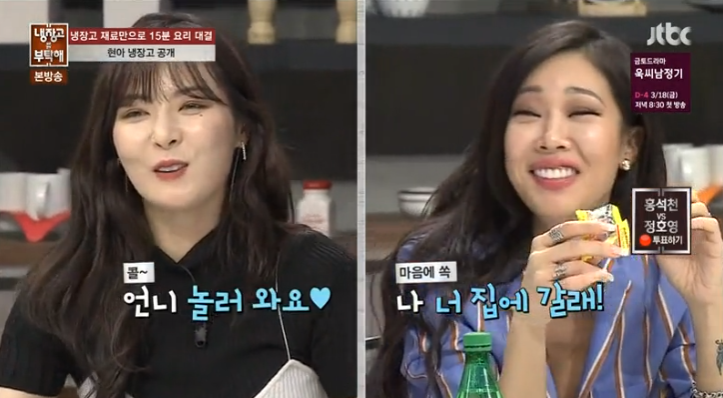 4Minute’s HyunA reveals the contents of her fridge on this week’s episode of “Please Take Care of My Refrigerator”!

Before they show what’s in her fridge, HyunA admits that she loves to go grocery shopping, and says she’s often seen comments by people who’ve spotted her on one of her many trips to the supermarket.

When hosts Kim Sung Joo and Ahn Jung Hwan open the doors to her fridge, the chefs get excited by all the food inside, with some commenting that it looks like a supermarket. 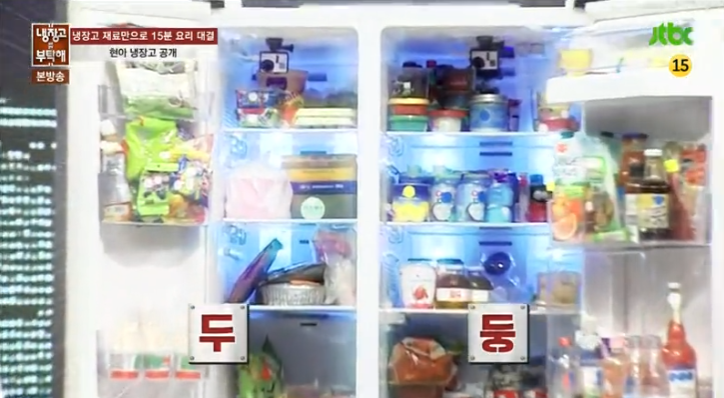 As the hosts examine the contents of her fridge, HyunA says she’s been obsessed lately with food made with coconut and pineapple. In addition to various coconut drinks, the hosts uncover cut pieces of pineapple, pineapple juice, and pineapple soju. HyunA says she likes the latter because it doesn’t smell like alcohol. 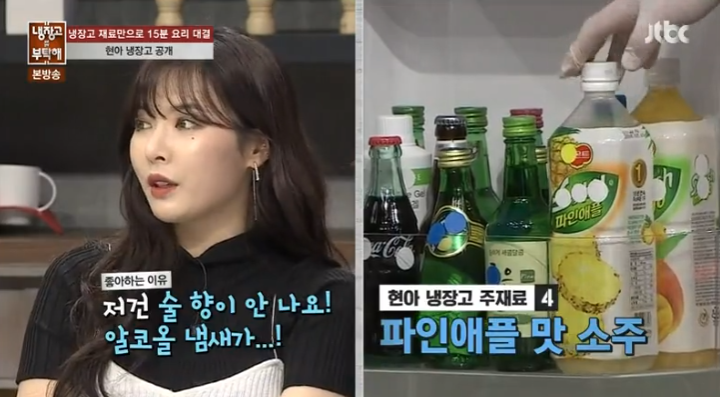 HyunA also shares some recipes that she commonly uses, like making personal pizzas with tortillas. Fellow guest Jessi comments that she seems to really like cooking.

“I’ve been living in dorms since I was young, so it’s become a habit for me to cook,” explains HyunA, who’s now living on her own.

The hosts also find plenty of instant meals in HyunA’s fridge. “If I were HyunA, I wouldn’t leave the house!” says Jessi. HyunA explains that she doesn’t just eat the instant meals, but uses them as ingredients in her own recipes, which impresses the chefs. 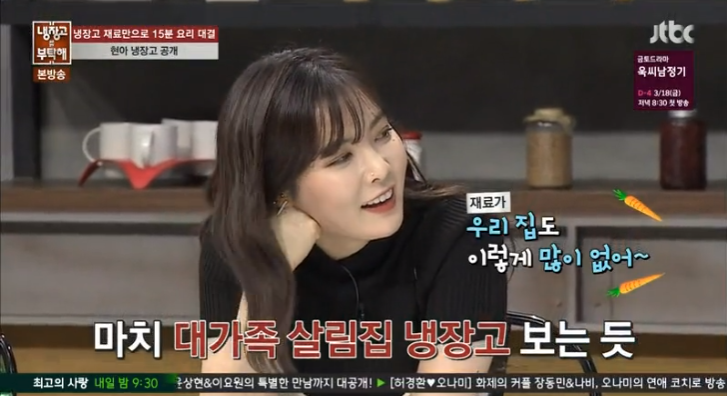 When all the fresh vegetables that HyunA keeps in her fridge drawers are discovered, Jessi’s jaw drops. HyunA just laughs as everyone admires the huge amount of veggies she keeps her fridge stocked with. 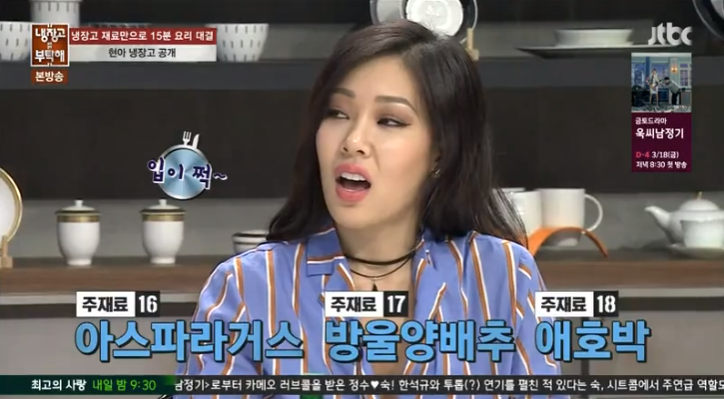 HyunA also shares some candy from her freezer with all the chefs. “Why do you like it?” asks Kim Sung Joo. “It’s sweet!” she replies.

When they discover HyunA’s stock of ice cream sundaes in her fridge, Jessi laughs and says, “I want to go to your house!”

“Come over!” says HyunA in reply with a smile.

Watch more of HyunA and Jessi in March 14’s episode of “Please Take Care of My Refrigerator”!

Jessi
Please Take Care of My Refrigerator
4Minute
HyunA
How does this article make you feel?