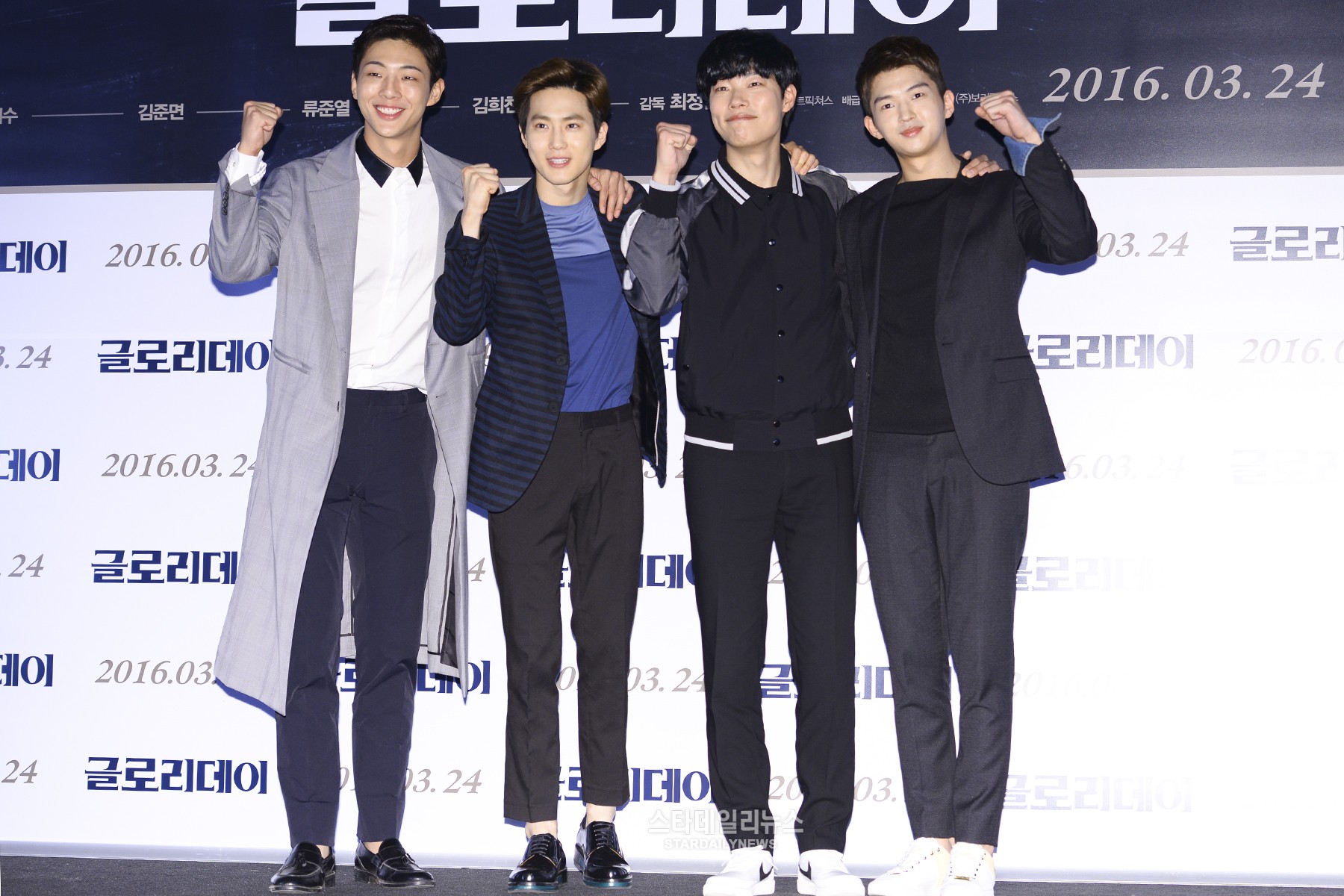 EXO‘s Suho has revealed what his fellow member D.O has said to him as he makes his film debut!

At March 14’s press conference for the upcoming debut film “Glory Day,” Suho joined his co-stars Ji Soo, Ryu Jun Yeol, and Kim Hee Chan to talk about the film and their careers.

“It’s really an amazing thing to be making my first entry into my filmography with a movie,” Suho says. “When I first saw this film, I wanted to include it in my filmography.” He adds that it was his goal to start acting with such a great piece of work. “I think ‘how’ you do something is more important than ‘when’ you do it,” he comments.

Suho’s fellow EXO member D.O has already made a name for himself as an actor, and when asked what D.O told Suho to encourage him, Suho replies, “We know each other well, so he’s said things with a feeling like ‘I’ll enjoy watching it’ and ‘I believe in you.’”

He adds, “I don’t think there’s any phrase that’s more encouraging than ‘I believe in you.’”

“Glory Day” will be hitting theaters in Korea on March 24.