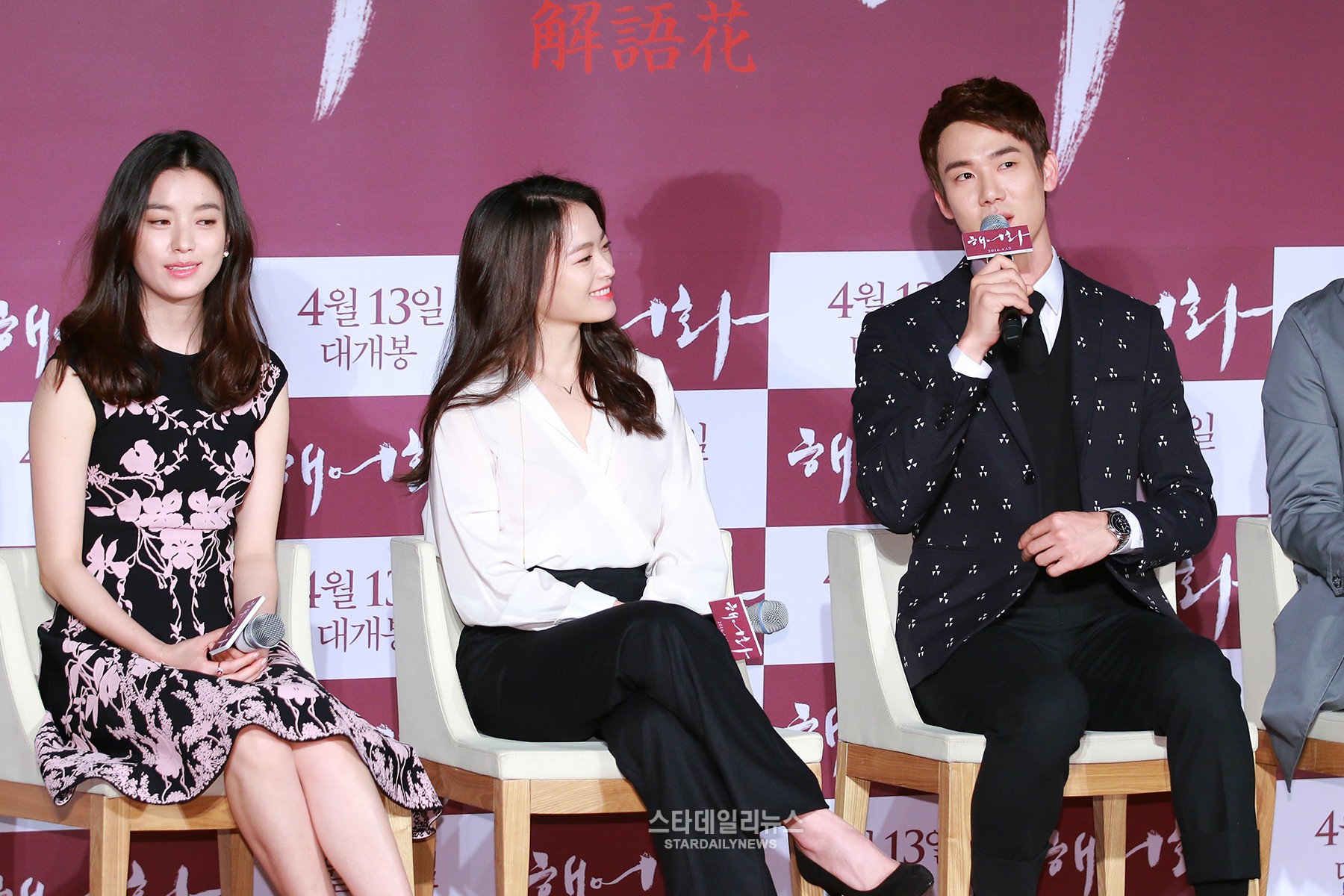 During the conference, Yoo Yeon Seok reveals, “When Han Hyo Joo and Chun Woo Hee sing and act, they look really pretty. So, I took a lot of pictures secretly of them when they were filming, and I gave these photos to them afterwards as gifts.”

Chun Woo Hee also adds, “After filming ended, Yoo Yeon Seok made and gifted both of us an album. It’s the first time I’ve recieved a present like this, so I was really touched.”

“Hae Uh Hwa” takes place in 1932, and tells the tale about the fateful meeting between Yoon Woo (Yoo Yeon Seok), the best composer at the time, and gisaengs So Yul (Han Hyo Joo), who dreams of becoming a singer, and Yeon Hee (Chun Woo Hee). It will be released in South Korean theaters April 13.