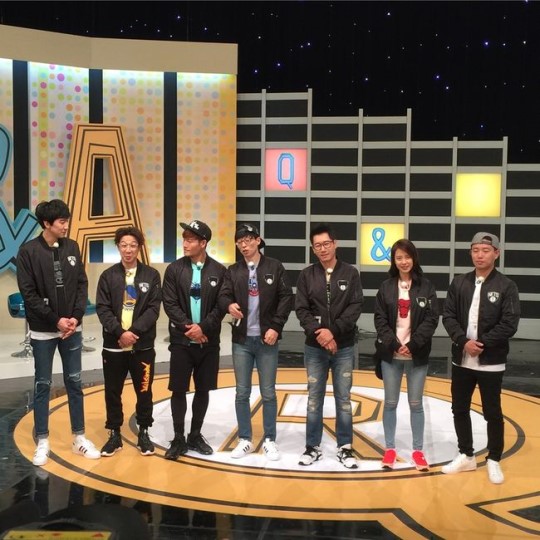 On March 14, the official “Running Man” Instagram posted, “Currently filming for the 291st episode of ‘Running Man,’ which is a Q&A special. It is the first episode Lee Hwan Jin will be directing as the main producer. We received emails containing questions viewers had for the members, and we will be revealing the answers during a Q&A session.”

Previously Producer Lee Hwan Jin had told OSEN, “Though I will not be changing the large format, I will putting most of my attention in adding more fun that fits variety shows. This episode will be pre-filmed, and we will have an opportunity to communicate with viewers. It will seem fresh to the audience because we will be answering questions from viewers.”

Some of the questions that will be answered are, ‘Is Yoo Jae Suk actually nice,’ ‘Is Monday Couple just a business thing,’ ‘Does Gary really look like a squid,’ ‘Does Ji Suk Jin really have a large nose?”