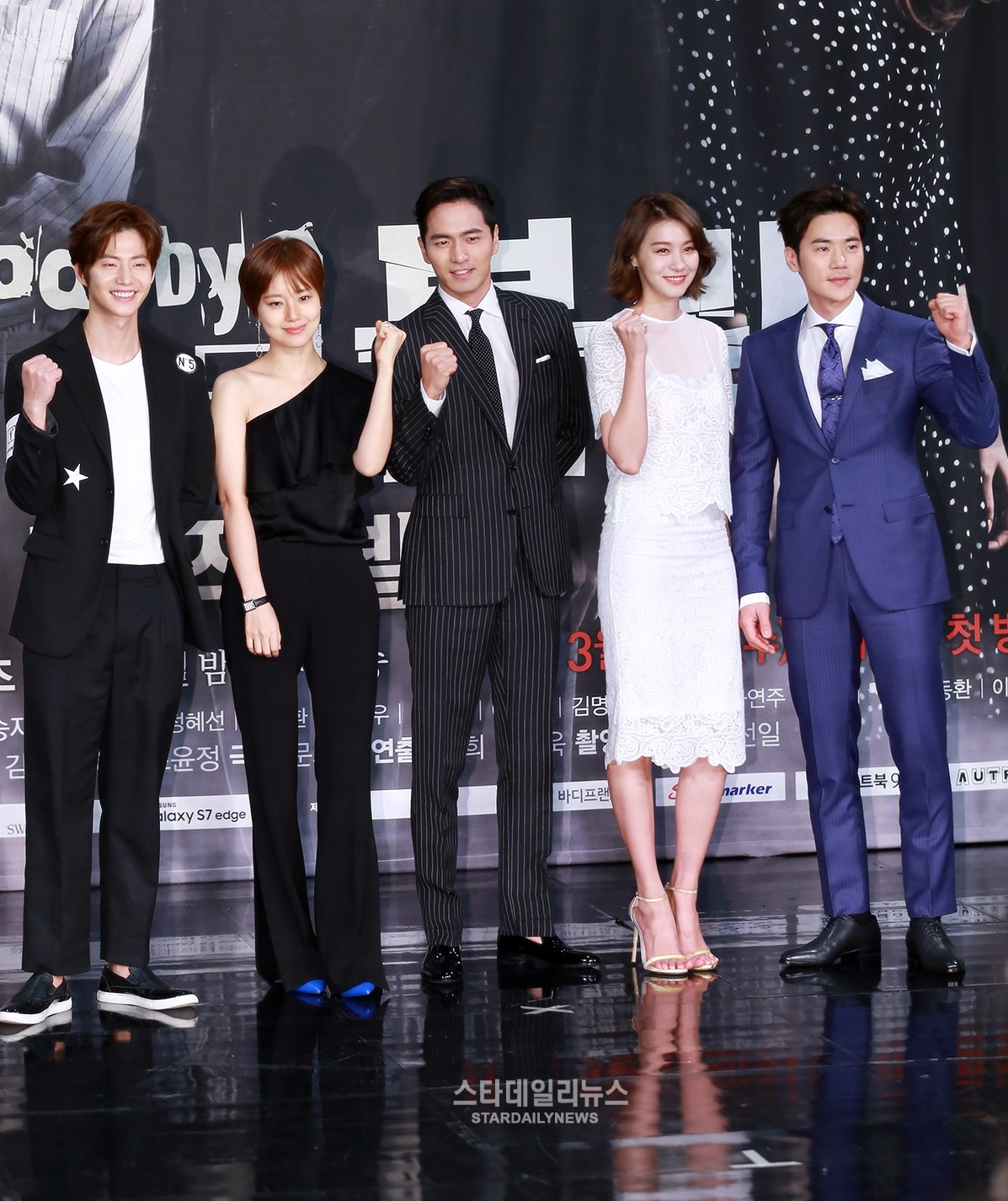 Upcoming Drama “Goodbye Mr. Black” Based on Classic Manhwa, With a Modern Twist

MBC‘s upcoming drama “Goodbye Mr. Black” is a remake based on a rather special manhwa (comic) from the 1980s. Written by Hwang Mi Na, the manhwa of the same name is still regarded as a masterpiece to this day. Because of the popularity of the original manhwa, the drama remake is garnering a lot of anticipation, even before it has aired.

“Goodbye Mr. Black” is an emotional melodrama that tells the story about one man’s intense quest for revenge, and is based off the classic “The Count of Monte Cristo” motif. With its tight storyline and plot twists that pull at the reader’s curiosity, as well as a unique sensibility, the original manhwa received lots of love. The main male character, Black, is many girls’ first “comic book crush,” and Swan, the female lead, strongly represents the quintessential female character.

The drama will maintain the manhwa’s strong points and charms, while making any necessary changes to suit a drama. The greatest difference will be in the background setting, as the original manhwa was set in 19th century England and Australia, while the drama will be set in modern-day South Korea.

In order to lay a strong foundation for this intense story, part of the drama was filmed in Thailand. Viewers are looking forward to the intense and realistic chasing and actions scenes that were filmed there. Also, expectations for the collaboration between Lee Jin Wook‘s Black and Moon Chae Won‘s lovable Swan are rising as well.

It was written by Moon Hee Jung, the writer of “I Miss You” and “Can You Hear My Heart?,” who is expected to delicately, yet plentifully, portray the emotions from the original manhwa, directed by Han Hee and Kim Sung Wook; and produced by LeeKim Productions. Starring actors Lee Jin Wook, Moon Chae Won, Kim Kang Woo, Song Jae Rim; and Yoo In Young, “Goodbye Mr. Black” will air its first episode on Wednesday, March 16, at 10 p.m. KST. Catch it on Viki when it premieres.

Watch the trailer below.

Goodbye Mr. Black
Star Daily News
How does this article make you feel?