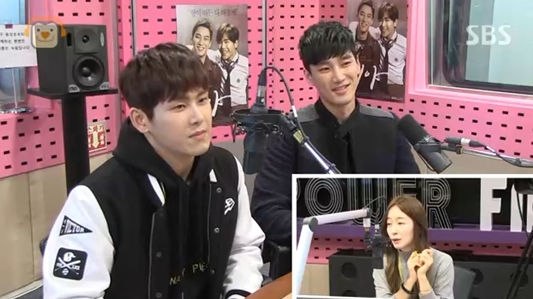 During the broadcast, Hoya reveals that his actual younger brother appeared in the film. Hoya says, “I’m the middle child of three brothers. The youngest one and I have a five year difference. We’re a bit awkward since I usually reproach him a lot.” 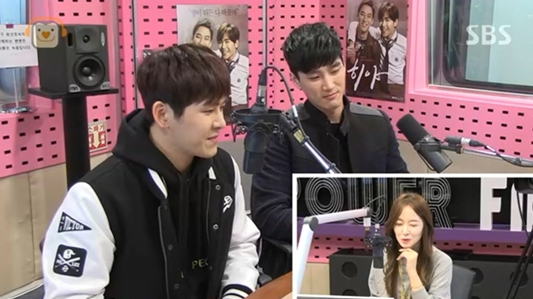 Hoya continues, “In the film, Jin Sang (Ahn Bo Hyun) tries to support Jin Ho (Hoya) in becoming a singer, but in real life, I’m trying to help my younger brother who’s trying to become an actor.” Hoya added that his younger brother appears as one of the team members in the group that Jin Ho is trying to debut in.

Hoya explains, “I don’t feel pressured showing my brother how I act. What is really pressuring is that I have to show him how I behave in my workplace. I think I was more careful of my actions since I have to be a role model for my little brother.”

Ahn Bo Hyun
Hiya
Hoya
INFINITE
How does this article make you feel?