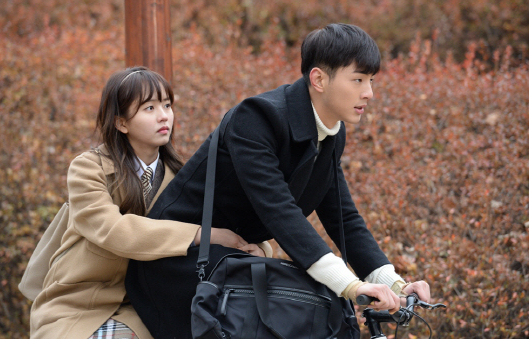 The upcoming KBS drama “Page Turner” has released some new preview stills of Ji Soo and Kim So Hyun.

On March 15, the staff revealed preview stills to Ji Soo and Kim So Hyun’s sweet bicycle date scene. This lovely moment is making fans anticipate this romantic drama even more.

This scene was filmed last year in the winter. Although they were freezing cold, Kim So Hyun and Ji Soo took care of each other by giving hot packs and sharing portable heaters. 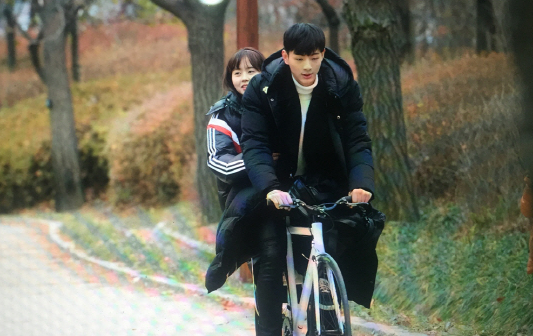 Meanwhile, “Page Turner” a three-episode drama centered on young people who learn to love and grow by helping one another. It will air on March 26 at 10:35 p.m. and continue airing at the same time every Saturday.