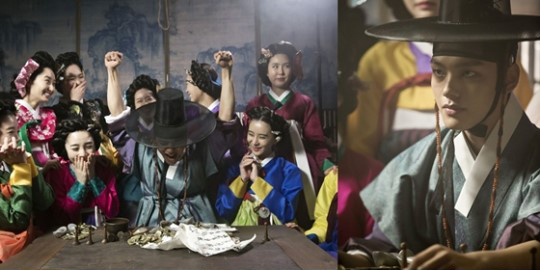 In the released stills, Yeo Jin Goo is seen wearing the traditional Korean hat for aristocrats, sitting in a dimly lit room. Surrounding him are many gisaengs (female entertainers of Joseon dynasty) dressed in colorful traditional Korean dresses decorated with fancy accessories and jewelry. Yeo Jin Goo exudes a completely different aura from the previous characters he’s played in past historical dramas. 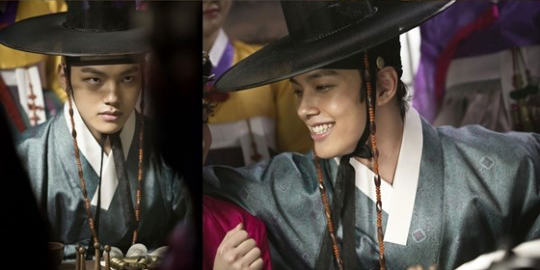 Yeo Jin Goo’s portrayal of his character stands out because of his strong gazes and sharp expressions. He shows the thrill of victory over a game raising both of his hands in one of the shots. He’s smiling flirtatiously at a gisaeng in another shot. Then his gaze turns sharp and cold as he stares at his opponent.

“Daebak” is a historical drama about two brothers, a forgotten Prince Dae Gil and his younger brother who eventually will be a king. It’s a drama about a conflict over who gets the love and power to rule over the world.

The first episode of “Daebak” will air on March 28 at 10 p.m. KST as the follow-up drama to “Six Flying Dragons.”

Daebak
Yeo Jin Goo
How does this article make you feel?