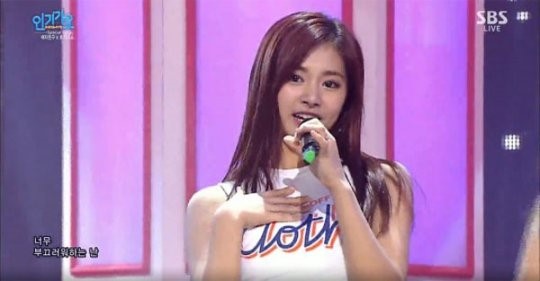 Girl group TWICE’s agency JYP Entertainment made an official apology on March 15 regarding Tzuyu’s outfit worn on SBS’s “Inkigayo.” The agency representative commented, “We apologize for the concern the outfit controversy caused TWICE’s fans. We were unaware of the message written on the T-shirt.”

The agency representative added, “We’ll pay special attention to the outfits and other elements going forward so that something like this won’t happen again. Again, we apologize for causing concern.” 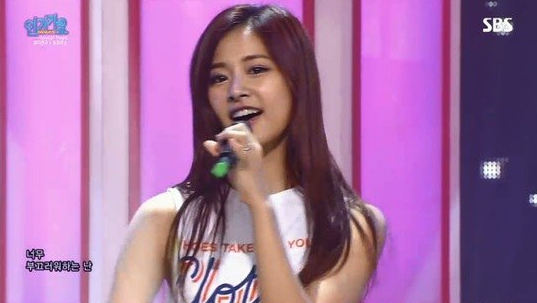 TWICE appeared on SBS’s “Inkigayo” on March 13 which was aired live. They teamed up with another girl group GFRIEND and sang Girls’ Generation’s iconic song “Gee.” You can watch the performance here.

The T-shirt Tzuyu was wearing during the performance became the center of controversy. The message on her shirt said, “Hoes take off your clothes.” The derogatory phrase quickly turned into a controversy resulting in JYP Entertainment’s official apology for the mishap.