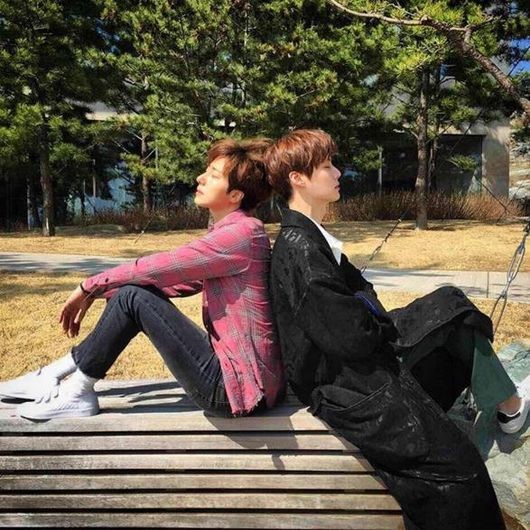 Actor Jung Il Woo revealed his budding bromance with fellow actor Ahn Jae Hyun in an update on his Instagram on March 15.

In the picture, the two actors are sitting back to back on a bench and closing their eyes. Their sharp noses and bright skin brings even more attention to this attractive duo and their warm friendship.

He tagged “#ISeeHimEveryday” with his picture. The reason that the two see each other every day is because they are cast in the same upcoming drama “Cinderella and the Four Knights (working title).” The pre-produced drama is expected to air for 16 episodes sometime in the first half of this year and tells the story of a female high school student who ends up living in a mansion with three third-generation chaebol cousins.

Ahn Jae Hyun
Jung Il Woo
How does this article make you feel?