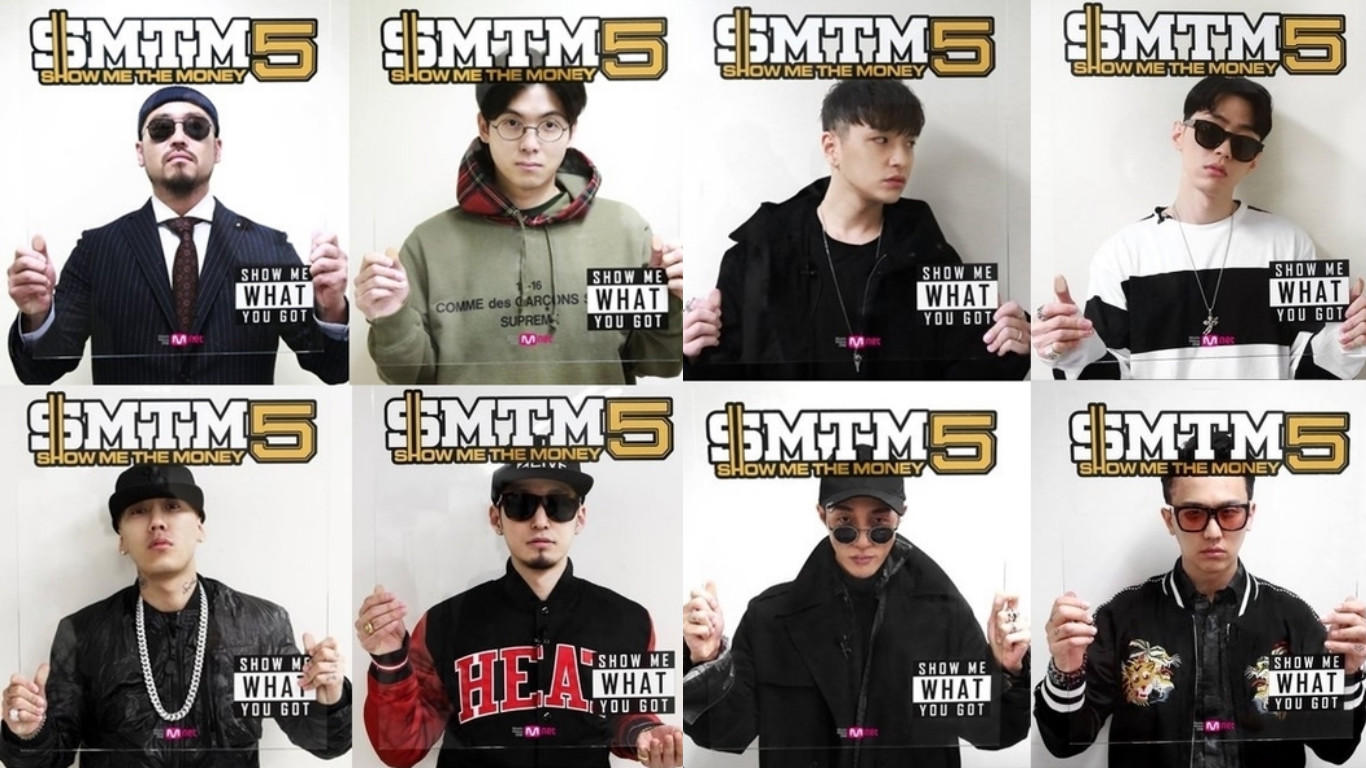 “Show Me the Money 5” Producers Greet Viewers With Teaser Photos

Mnet is getting viewers excited for the upcoming fifth season of rap survival show “Show Me the Money.”

On March 15, the show’s official Instagram account was updated with photos of the eight producers featured on the next season. The captions read, “Introducing the producer line-up of ‘Show Me the Money 5!'”

The eight producers have been divided into four teams of two. Up first are Gil and Mad Clown, followed by Illionaire‘s Dok2 and The Quiett. The third team consists of Simon D and Gray from AOMG, while Zion.T and Kush form the fourth and final team.

Apart from Simon D, all of them are staring into the camera, some of them covering their eyes with trendy sunglasses. They appear to be reminding the contestants about upcoming tests and tasks, telling them to “Show me what you got.”

Meanwhile, the domestic auditions were held on March 12 and 13, and the overseas audition will take place on March 19 in Los Angeles. “Show Me the Money 5” is expected to star airing in May.

GRAY
Show Me the Money 5
Dok2
Gil
Mad Clown
The Quiett
Zion-T
Simon Dominic
Kush
How does this article make you feel?