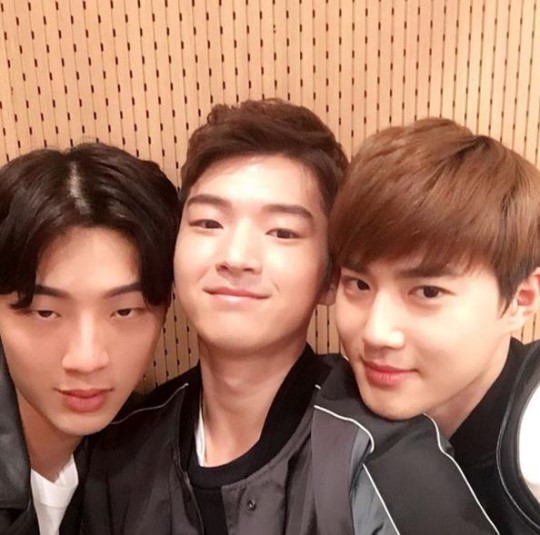 On March 15, Ji Soo, Kim Hee Chan, and EXO‘s Suho (pictured above in that order) from the movie “Glory Day” were guests on SBS PowerFM‘s “2 O’Clock Escape Cultwo Show.”

Suho tells a funny story of a misunderstanding that occurred because of Ji Soo’s name, which can also be a girl’s name. He explains, “When I told my manager that I was meeting with Ji Soo, he became really serious. He questioned if I had contacted the director about this. He actually asked where I was going to meet Ji Soo, so I told him we were going to meet at a cafe.”

Also, Suho mentioned another incident when he and Ji Soo went on a trip to U.S. together. He says, “We went to Los Angeles and Las Vegas. I had asked my manager to book a hotel for us. When I told him Ji Soo’s name, he was shocked and ask if I was going with a girl.”

“Glory Day” will be released in South Korean theaters on March 24.

EXO
Cultwo Show
Suho
Ji Soo
How does this article make you feel?