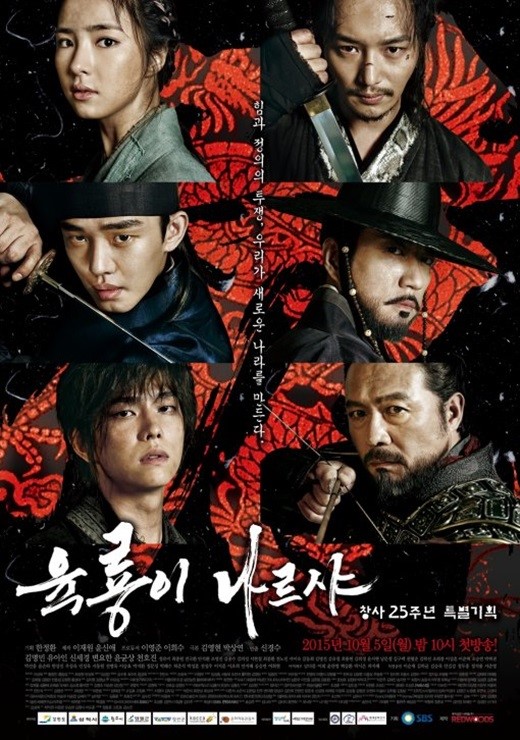 It was recently revealed that “Six Flying Dragons,” the highly popular SBS drama, has sold out all of its air time for commercials. Demand was so high, reports say, that the drama had to add additional commercial air time.

This further proves the drama’s popularity in Korea because it is currently on the top of the ratings for all Monday-Tuesday dramas. The drama is about the ambitions and successions of six important characters during the founding of the Joseon dynasty, with a focus on the young prince Lee Bang Won. It boasts an impressive cast, with Yoo Ah In, Shin Se Kyung, Byun Yo Han, Kim Myung Min, and more. The first episode aired on October 5, 2015 and soon hit the top of the ratings. Its latest episode that aired on March 14 had a rating of 16.7% according to the Nielson Korea ratings. There are only two more episodes left and the last episode is set to air on March 22.

Check out the latest episode on Viki below!