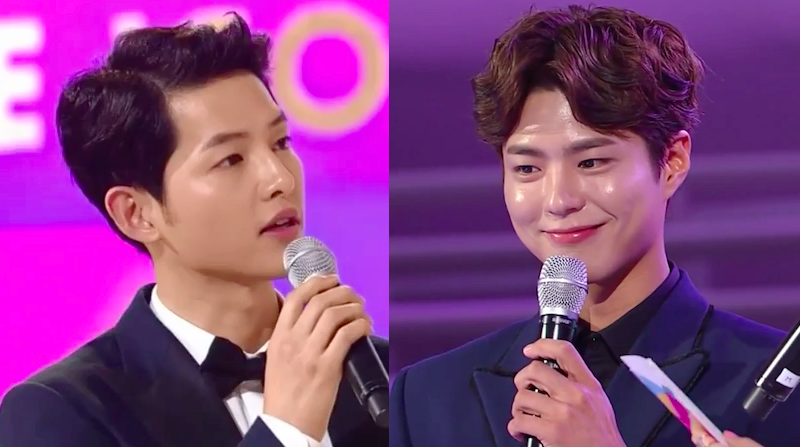 At the March 15 award show “Style Icon Asia 2016,” actor Song Joong Ki talks about what he admires about his friend and label mate Park Bo Gum!

Song Joong Ki replies, “He’s a close friend of mine, and I watch him a lot in the show ‘Youth Over Flowers’ that he’s starring in now. Something that I’m learning from him, even though he’s younger than me and is a junior in the industry, is how to be grateful.”

The cast members of “Youth Over Flowers” often playfully tease Park Bo Gum for always saying “Thank you.” Song Joong Ki says, “He says it a lot at other times too. As someone older than him, I’m learning a lot from him. So I think maybe he’s an ‘Icon of Gratefulness.’”

Song Joong Ki is currently starring in the KBS2 drama “Descendants of the Sun,” while Park Bo Gum’s travels in Namibia with his “Reply 1988” cast mates are currently airing every Friday on “Youth Over Flowers.”

Check out the full list of winners from “Style Icon Asia” here!