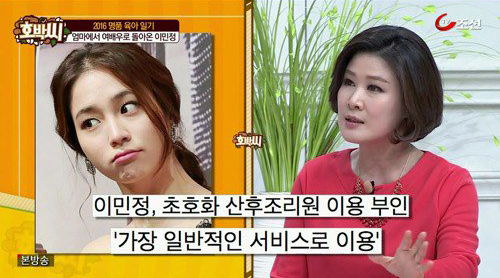 The postnatal care center used by many celebrity moms including actress Lee Min Jung and others is in the center of attention.

The March 15 episode of TV Chosun’s “Pumpkin Seed” aired a behind the scenes story of actress Lee Min Jung who became a mother last year in March. 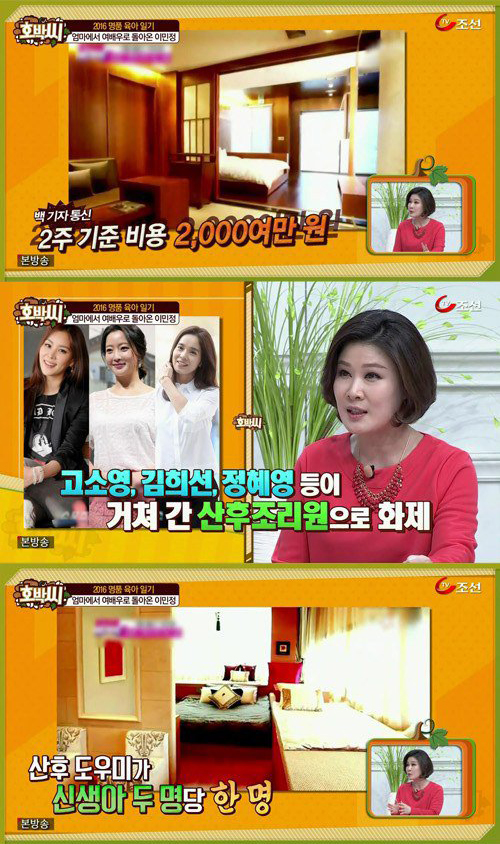 On this episode, Reporter Baek Hyun Joo noted some shocking facts saying, “The postnatal care center where Lee Min Jung stayed became famous. What grabbed people’s attention is that it cost about 22 million won (approximately $18,700) for a two weeks stay. You receive a VVIP treatment. But it is said that the center that Lee Min Jung stayed at wasn’t even one the most expensive.

Reporter Baek Hyun Joo added, “Another reason why the center became a focus is because other actresses like Ko So Young, Kim Hee Sun, Jung Hye Young, and others have used the facility as well.” 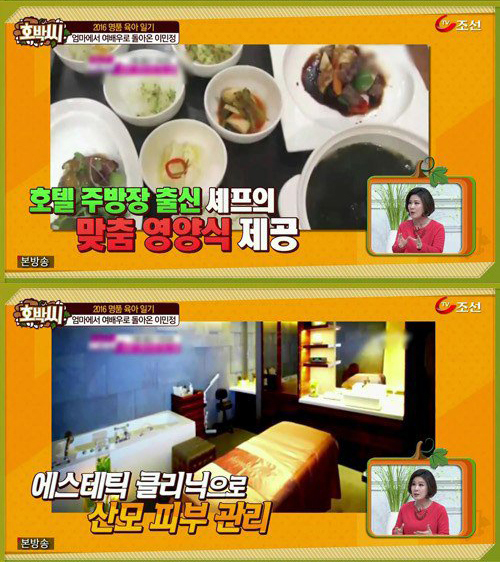 She continued to shock the viewers saying, “I wondered what type of services are offered for such a high price tag. Turns out there is caretaker for every two infants. The food is prepared by former hotel chefs. All the products for mothers and infants are organic. There’s even esthetic clinic providing skincare and health care for new moms. They even provide personal executive services.”

Lee Min Jung
How does this article make you feel?