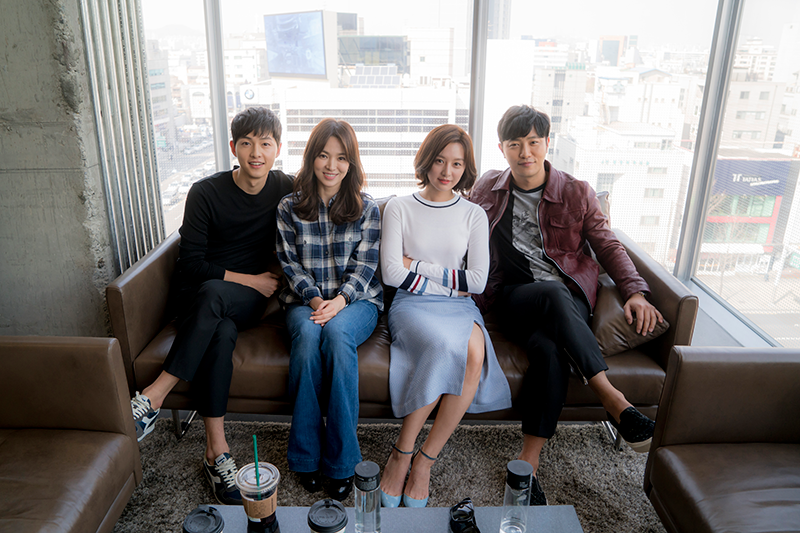 In a behind-the-scenes clip revealed at a recent press conference for the ultra-popular Wednesday/Thursday drama, “Descendants of the Sun,” Song Joong Ki reveals his concerns about the popular kiss scene that appeared in episode four.

Song Joong Ki says, “If you were to ask me why I worried so much about the kiss scene, I’d tell you it was because I didn’t know how the public would react to it.” He continues, “The kiss scene was the very last thing [to appear] in episode four, so I had a lot of concerns like, ‘Should I put a lot of emotion into this?’ and ‘Will it be this deep?’.”

He wraps up by saying, “I didn’t know how far I should take the kiss, but thankfully the viewers sympathized [with my character], so I was quite relieved. I was really serious about it when we were filming that scene.”

Meanwhile, “Descendants of the Sun” continues to slay the viewer ratings, bringing in a 28.5 percent viewership for episode six, which aired on March 10.