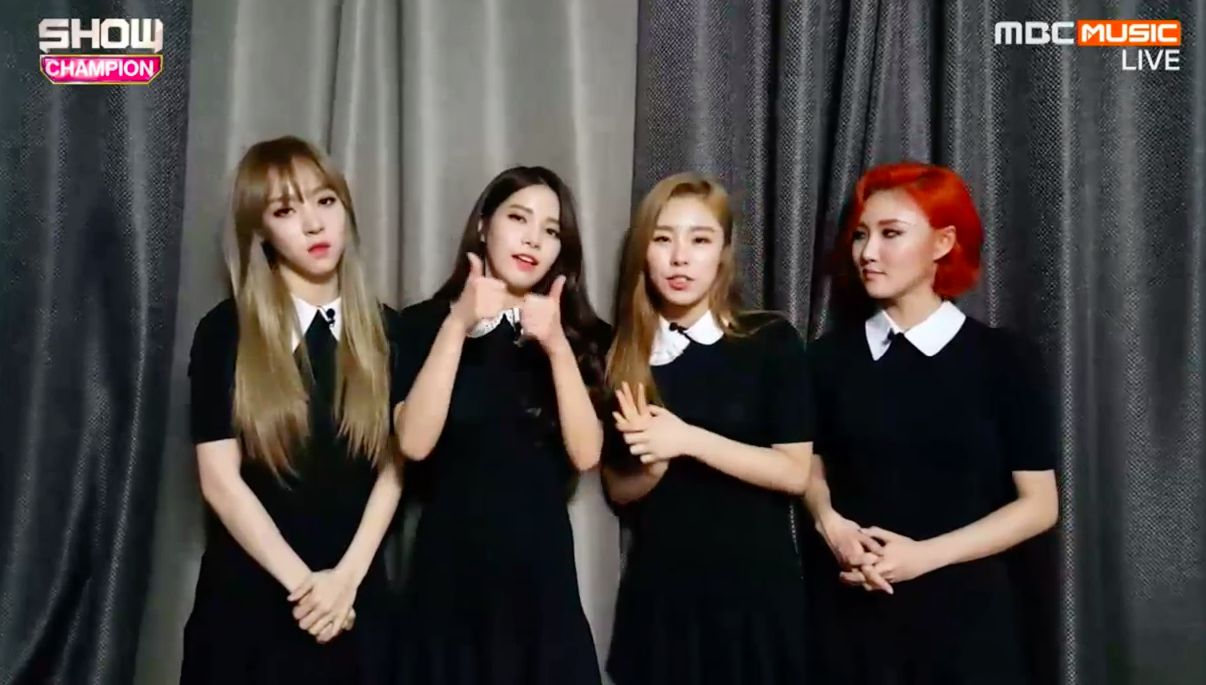 MAMAMOO is continuing their winning streak with another trophy win on March 16’s episode of “Show Champion”!

This is the girl group’s seventh win for their massive hit “You’re the Best” in only ten days, as well as their second win on “Show Champion.” This week, they were up against Eric Nam and Wendy’s “Spring Love,” Lee Hi’s “Breathe,” AOA’s Jimin and EXO’s Xiumin’s “Call You Bae,” and SHINee member Taemin’s “Press Your Number.”

As MAMAMOO are currently in Texas to perform at SXSW, they were unable to participate in the live results show today. However, they sent a video message in which they say, “Thank you for giving us first place, which is such a big award.” They also thank their parents, fans, and their hard-working staff.

MAMAMOO
Show Champion
How does this article make you feel?