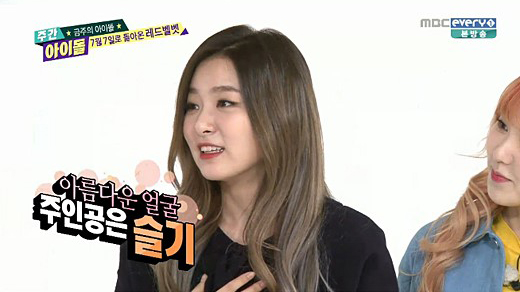 Red Velvet’s Seulgi expresses how she feels about ranking number 71 on the list of “Most Beautiful Faces in the World.” 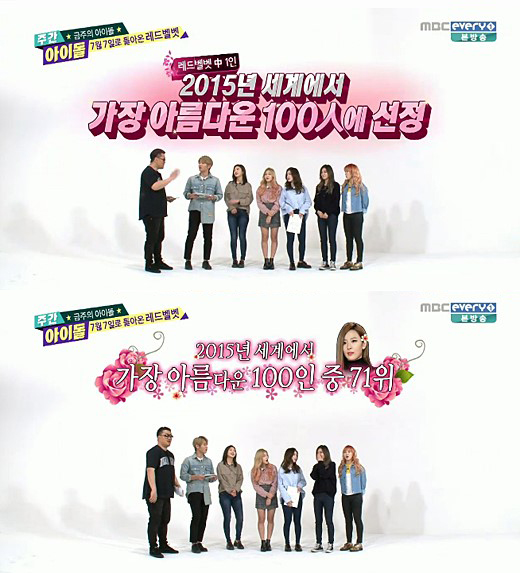 The March 16 episode of MBC Every 1’s “Weekly Idol” featured the girl group Red Velvet. The emcees said, “We have one of the 100 ‘Most Beautiful Faces in the World’ among us today.” They announced Seulgi as the one ranking number 71 on the list. 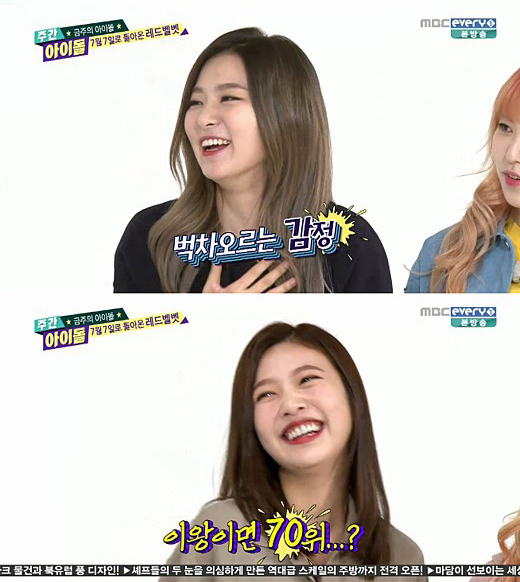 Seulgi was pleasantly surprised by the announcement saying, “Me? It’s my first time hearing the news.” She reiterated her doubt as her eyes widened by saying, “In the world?”

Another member Joy cracked everyone up when she asked, “Then are we listed outside of the top 100?” She shyly revealed that she’d like to rank number 70 on the list.

Red Velvet
Seulgi
Joy
Weekly Idol
How does this article make you feel?