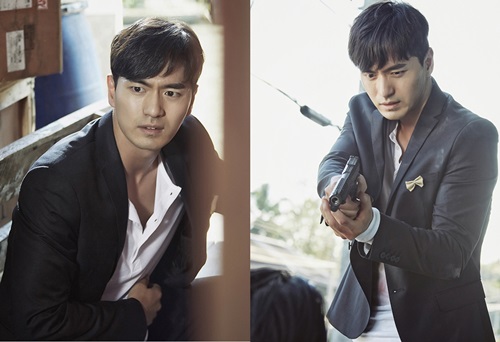 Actor Lee Jin Wook is making fans swoon with his diverse charms shown on “Goodbye Mr. Black.” Through the first episode, he showed that he was great in all genres, whether it be romance, action, or comedy.

In the drama, Lee Jin Wook plays Cha Ji Won (Black), who is a special force soldier in the navy and the only son of a big enterprise CEO. He has a fun personality and very good looks.

In the first episode, various sides of Black was revealed. Cha Ji Won has to rescue Min Seon Jae’s (Kim Kwang Woo) father from a group of bullies, showing his action skills. Next, he proposes to his first love Mari (Yoo In Young), showing his romantic side. Lastly, he meets Ka Ya, or Swan (Moon Chae Won) in Thailand and shows his friendly and kind personality.

The first episode left fans very excited for more, as many are curious how the storyline will progress from now on.

“Goodbye Mr. Black” airs every Wednesday and Thursday on MBC. Catch the latest episode on Viki!

Goodbye Mr. Black
Lee Jin Wook
How does this article make you feel?