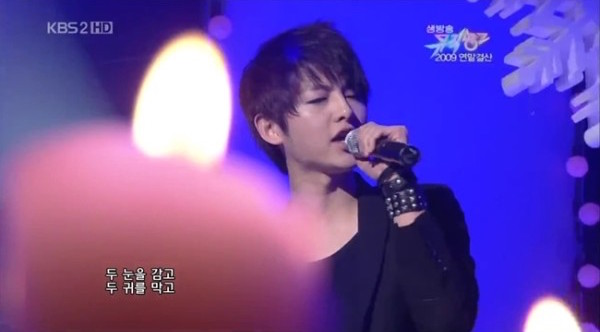 Recently, an old video of a collaboration performance by Song Joong Ki and rapper Outsider have been trending on various online forums and social media communities.

In 2009, Song Joong Ki featured in Outsider’s performance on KBS 2TV‘s “Music Bank,” for which Song Joong Ki was one of the main MCs at the time.

For the collaboration stage, Song Joong Ki attempts to rap “Loner” alongside Outsider, and reveals his hidden rap ability.

Song Joong Ki, who’s currently captivating hearts of many with his role in “Descendants of the Sun,” displays a near-perfect command of speed rapping, attracting fervent praises from netizens.

Meanwhile, Outsider will be making a comeback to broadcasts this April, following his promotions of “Rebirth Outsider” back in July 2013.

Check out this amazing collaboration below!

Song Joong Ki
Outsider
How does this article make you feel?