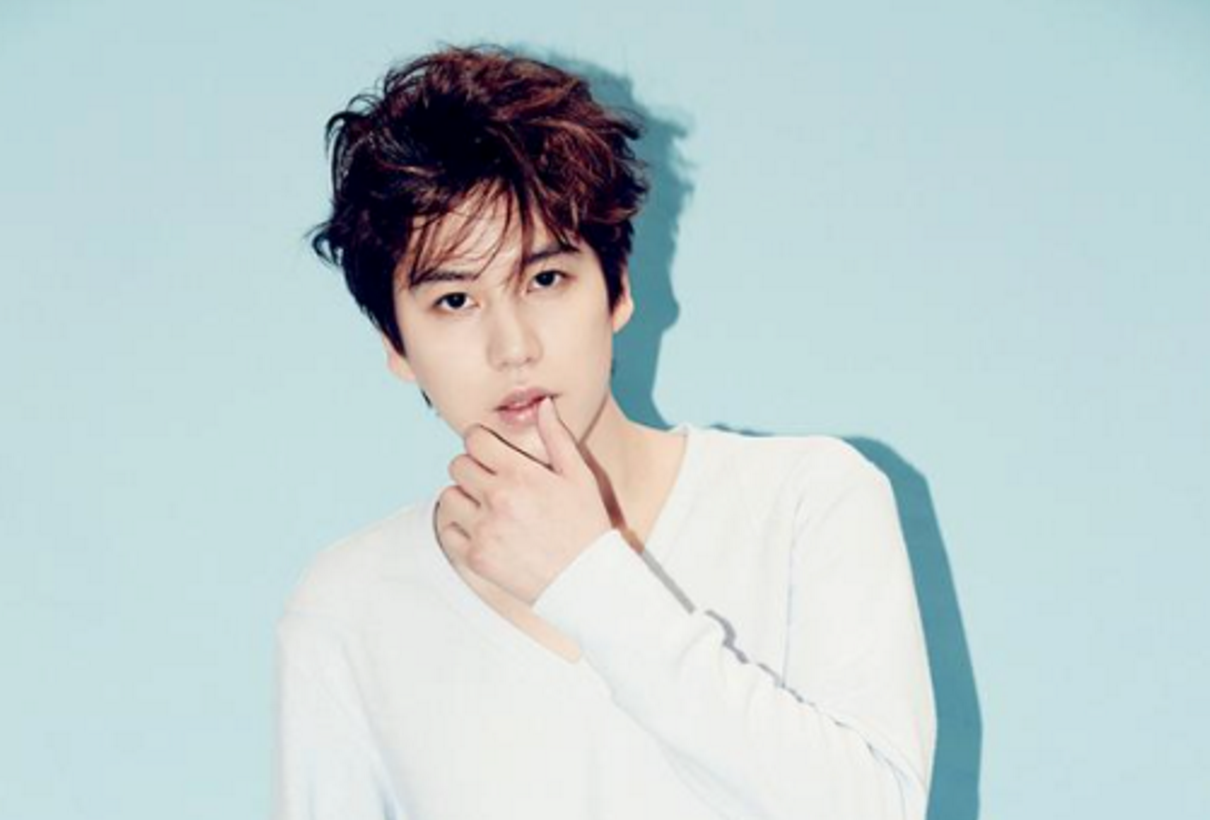 Check out the short version of the music video for “Celebration ~Bridge to You~” below!

Super Junior’s Kyuhyun is gearing up to drop his first ever Japanese single!

The single is titled “Celebration ~Bridge to You~” and is set to be released on May 25. Japanese actress and former AKB48 member Kawaei Rina appears in the video, playing the role of Kyuhyun’s lover.

After wrapping up filming for the music video, Kyuhyun said, “It was great that Ms. Kawaei was able to understand me despite my clumsy Japanese. This was my first time acting with a Japanese actress, so in order to do well I studied a lot. I enjoyed the many different experiences that came with filming.”

Kawaei Rina added, “I was surprised at how well he speaks Japanese. I’m very shy with strangers, so filming the scene where we were talking was difficult. But since we talked about cooking, I was able to enjoy the conversation.”

Kyuhyun made his solo debut in 2014 with “At Gwanghwamun,” and more recently, he released “A Million Pieces” in the fall of last year.