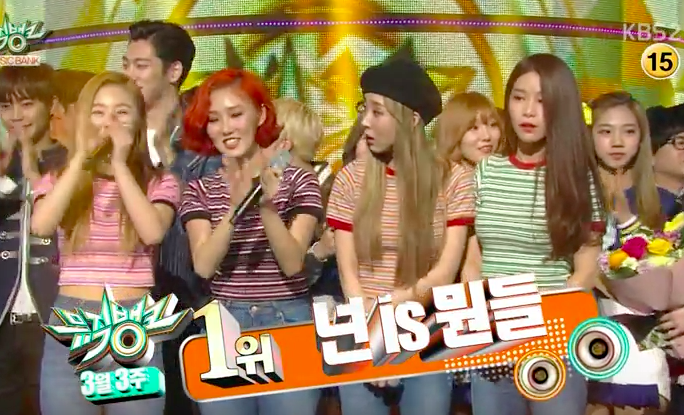 On the March 18 broadcast of KBS2‘s “Music Bank,” the girl group’s latest title track was announced as the No.1 song for the second consecutive week. This win also marks their eighth overall music show win since their first win on “Inkigayo” on March 6.

Coming in second was GFRIEND with “Rough.”

When it was time for the encore, MAMAMOO invited Red Velvet to join them for a little circle dance. Check out their adorable interaction in the video below!

MAMAMOO
Music Bank
How does this article make you feel?