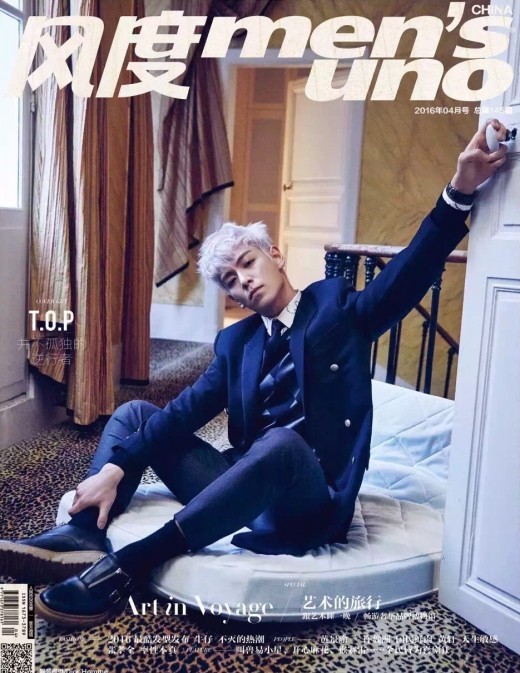 BIGBANG‘s T.O.P is the cover star of the latest issue of Men’s Uno China.

The cover of the magazine’s April edition features T.O.P in a sleek and modern royal blue suit, oozing charisma while opening the door and lounging on a mattress. The contrasts between textures and tones, such as the leopard carpet and T.O.P’s icy silver hair, add a trendy artistic touch to the cover.

More photos are expected to be featured in the April edition of the magazine.

Meanwhile, BIGBANG is currently touring around China for their “BIGBANG 2016 MADE V.I.P TOUR.”

BIGBANG
Men's Uno China
T.O.P
How does this article make you feel?