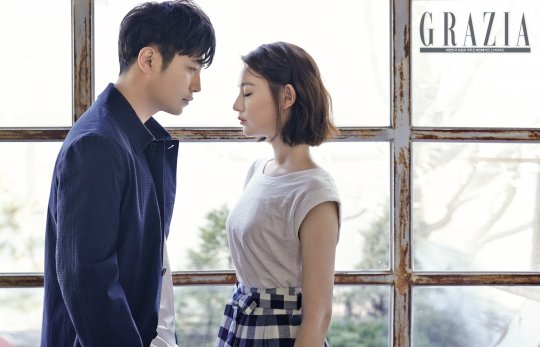 The popular “Goo-Won” couple (Jin Goo and Kim Ji Won) from KBS‘s “Descendants of the Sun” show off their sweet charms for a couple photo shoot with fashion magazine Grazia. They wear different couple looks from the clothing brand Club Monaco, giving off a city vibe. 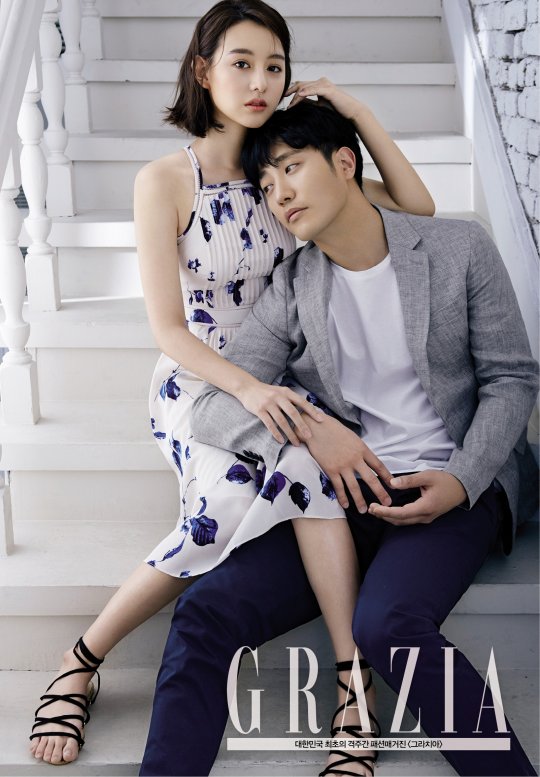 During the interview, they discuss the ever-popular “Descendants of the Sun.” In the drama, Jin Goo plays Seo Dae Young, who is stuck in a dilemma where he must be parted from the woman he loves. When asked about the secret behind acting with his gazes, Jin Goo responds “My character doesn’t really seem to have a lot of moments when he speaks warm words to Yoon Myung Joo (Kim Ji Won) or acts lovingly towards her. I wanted to express his inner feelings in some way, so I think that’s why I acted a lot with my gazes.” 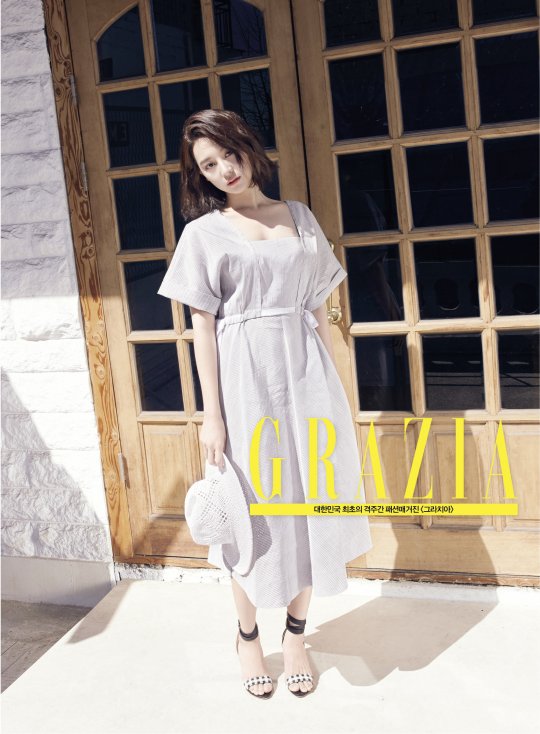 Kim Ji Won surprisingly reveals that it wasn’t too awkward for her to act as a soldier. She explains, “I actually tend to speak in ‘da-na-ka’ (Korean army speech). My father is very stern, so I’ve been used to it since I was a child. That’s why the lines stuck more easily. The soldier uniform was also comfortable, and I used to go home wearing it. I’d come back the next day with it still on. My parents said it seemed like their daughter enlisted.”

The rest of Kim Ji Won and Jin Goo’s photo shoot and interview can be found in the April edition of Grazia, which will be released March 20.

Check out their short message from behind-the-scenes video below!

Also, catch the first episode of “Descendants of the Sun” below!

Jin Goo
Kim Ji Won
Grazia
How does this article make you feel?