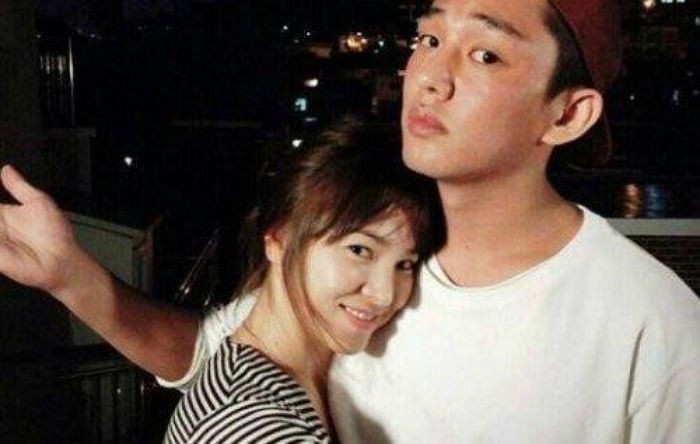 Yoo Ah In, who will be making a brief appearance in the second half of the popular KBS drama “Descendants of the Sun,” recently revealed that the cameo was a present for the leading lady.

Song Hye Kyo, who works at the same agency as Yoo Ah In, celebrated her birthday during the filming of “Descendants of the Sun.” According to a representative, Yoo Ah In first thought of the cameo during the celebration.

In an interview at the Asian Film Awards, Yoo Ah In said, “I wasn’t able to give her a present at the party. I wanted to prepare a secret present for her and I got the opportunity to make a cameo appearance in her drama.”

Yoo Ah In also proved his loyal viewership to the drama, naming Song Joong Ki and Song Hye Kyo’s “wine kiss” as the most memorable scene.

He will be appearing as a bank teller that interacts with Kang Mo Yeon (Song Hye Kyo). The cameo takes place in the second half of the drama as Yoo Ah In’s SBS drama “Six Flying Dragons” will not be wrapping up until the end of March.

Descendants of the Sun
Yoo Ah In
How does this article make you feel?