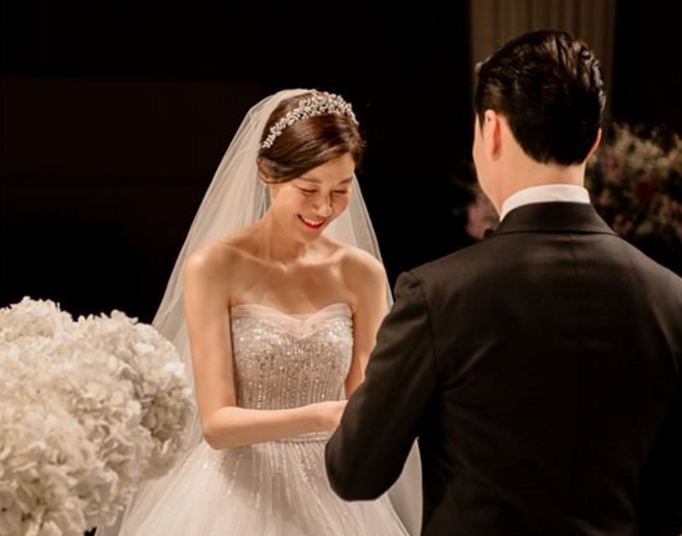 Kim Ha Neul Is a Beautiful Bride in Wedding Photos

Actress Kim Ha Neul walked down the aisle today on March 19 at Shilla Hotel in Seoul. She married a businessman who is a year younger than her after dating him for about a year.

Kim Ha Neul’s wedding ceremony took place in private without a press conference. However, as an actress who has been in the public eye for about 20 years, many fellow actors and celebrities were present at the wedding ceremony. 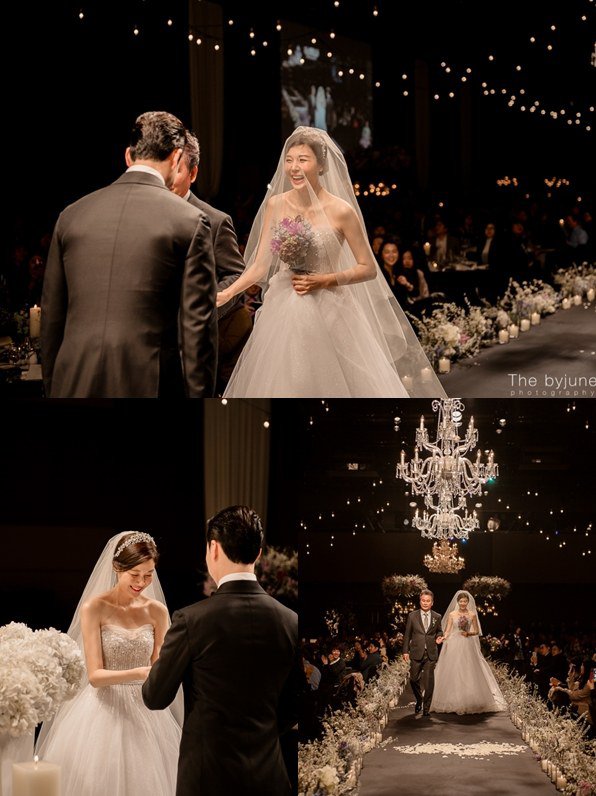 Last September, Kim Ha Neul shocked the world when she acknowledged her dating relationship with her now husband. Then, only a month later, she announced her wedding plans in October. At the time, her agency announced that they had decided to get married after a year of dating seriously based on the love and trust they have for one another. The agency also added, “Please bless Kim Ha Neul as an actress and her lifetime companion. To repay much love and blessings from so many, she will do her best to live as a great actress and also a wife.”

Kim Ha Neul made her debut back in 1996 as an apparel model. Since then, she had appeared in many hit dramas like “Happy Together,” “Piano,” “Secret,” “Into the Sunlight,” “Romance,” “A Gentleman’s Dignity,” and films “My Tutor Friend,” and “Blind” among many others.

Congratulations to the newlywed couple!