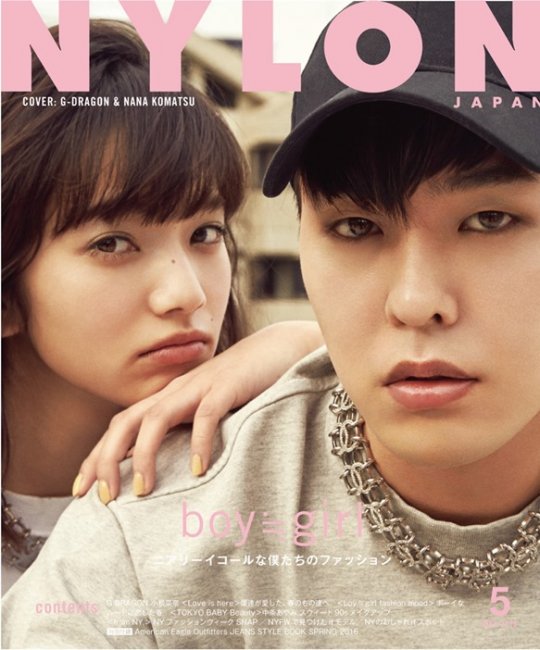 This is G-Dragon’s first time modeling for the Japanese edition of the magazine, teaming up with Komatsu Nana for a special 16-page pictorial called “Nearly Equal,” which aims to eliminate the boundaries between men and women’s fashion.

In the interview portion of the pictorial, G-Dragon praises his modeling partner. He says, “I think that Komatsu Nana is someone who has many different charms. I had thought that the filming would be physically difficult because it happened right after our concert, but thanks to her I was able to enjoy the filming.” 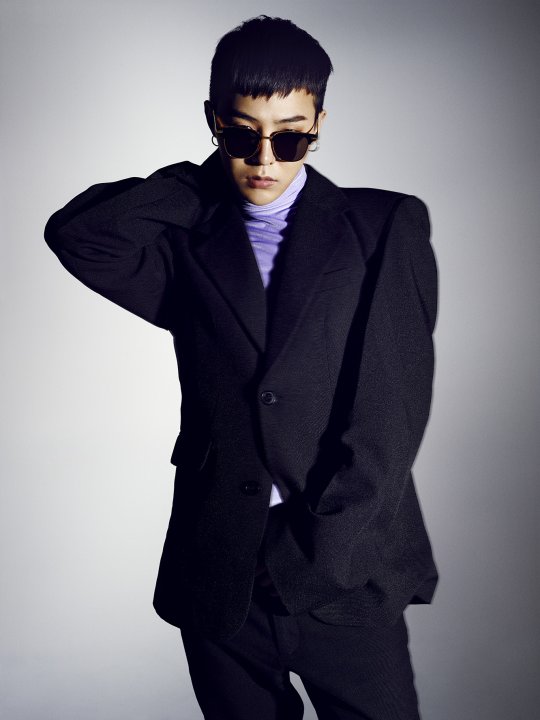 Komatsu Nana also admits that G-Dragon was very kind to her while they worked together, saying, “It felt so much like a dream that I was standing beside G-Dragon, so I said as much to him. He replied, ‘Yeah, this is a dream,’ making me laugh despite how nervous I was.”

Meanwhile, G-Dragon will be meeting his fans in Korea and Japan this summer through special 10th anniversary concerts, alongside the rest of the members of BIGBANG.

BIGBANG
Komatsu Nana
NYLON JAPAN
G-Dragon
How does this article make you feel?