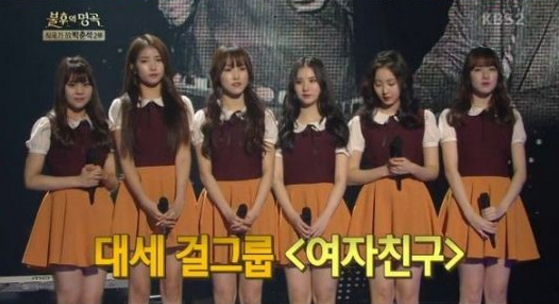 GFRIEND Talks About Not Being Approached by Male Celebrities

GFRIEND makes a surprising confession about their (lack of) interaction with male celebrities on the March 19 episode of KBS2TV‘s “Immortal Song.”

While as guests on the show, the popular girl group is asked if they have been approached by any male stars. Immediately, they shake their heads, and explain that no one has asked them out yet. “We haven’t been approached at all. It’s almost ridiculous.”

Still suspicious, MC Shin Dong Yup says, “You should have experienced [being asked out],” while male singers on the stage reveal their fanboy feelings and say they’re relieved to hear that GFRIEND has yet to get close with potential celebrity boyfriends.

GFRIEND
Immortal Songs
How does this article make you feel?