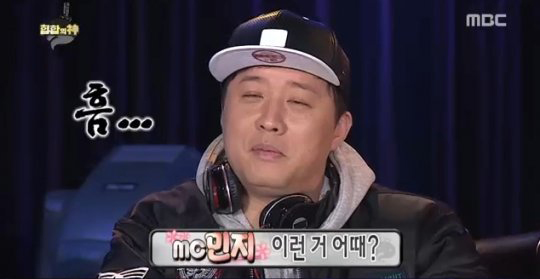 Zico comments, “People in hip hop are usually distracted. They’re always touching something or fiddling around with their watches.”

He adds, “If you want to become a rapper, you need to create a new ego. You need a nickname. It’s like you’re meeting your second mother in hip hop. I used to be Woo Ji Ho, but I was reborn as Zico when I met hip hop.” 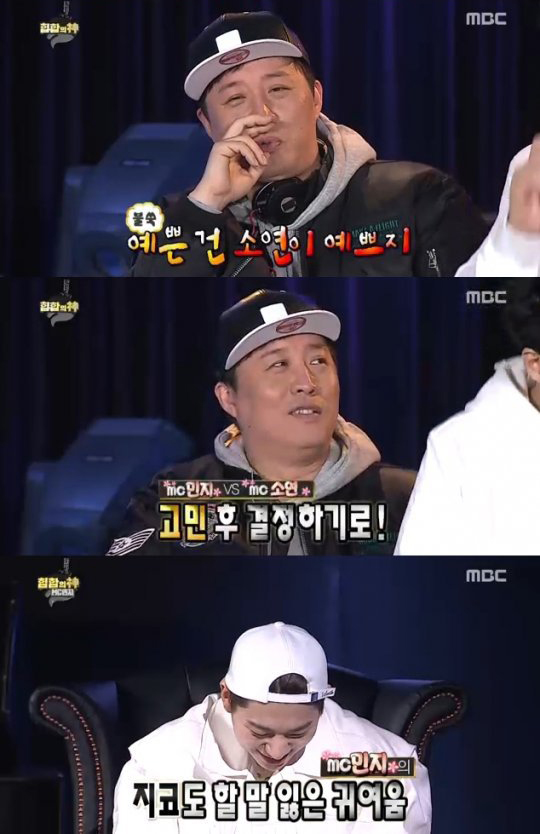 Then the members of “Infinite Challenge” along with Zico came up with variety of nicknames for Jung Joon Ha. Yoo Jae Suk suggested a feminine nickname. Jung Joon Ha was contemplating between “MC Soyeon” and “MC Minji.”

Jung Joon Ha
Zico
Infinite Challenge
How does this article make you feel?