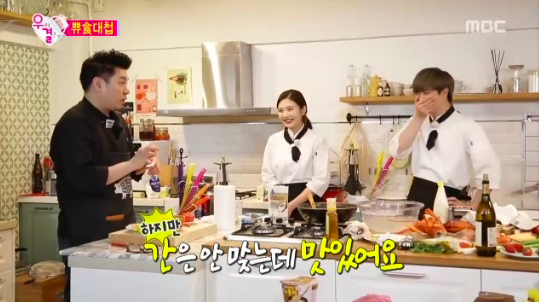 Watch: Winner of Joy and Yook Sungjae’s Cook-Off Decided on “We Got Married”

On the March 19 episode of MBC’s “We Got Married,” Red Velvet’s Joy and BTOB’s Yook Sungjae put their housekeeping skills to the test as they competed in a cook-off judged by professional chef, Raymon Kim.

The two idol members were asked to each make a dish featuring lobsters. Throughout the competition, Joy received praise for her skills in chopping vegetables, boiling macaroni, and boiling lobsters. The chef even asked her if she had learned cooking before. 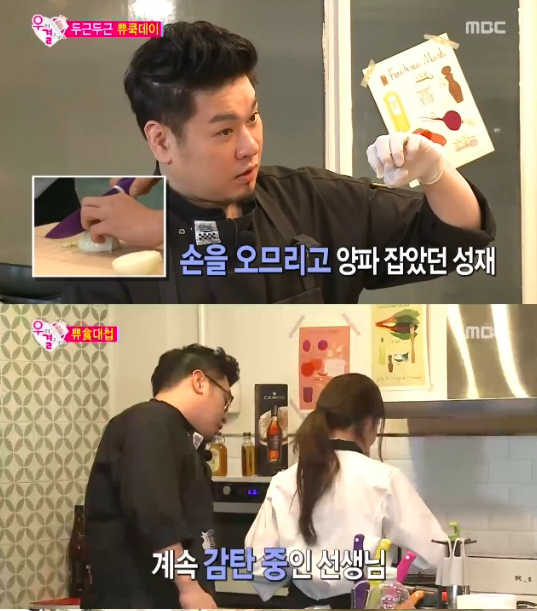 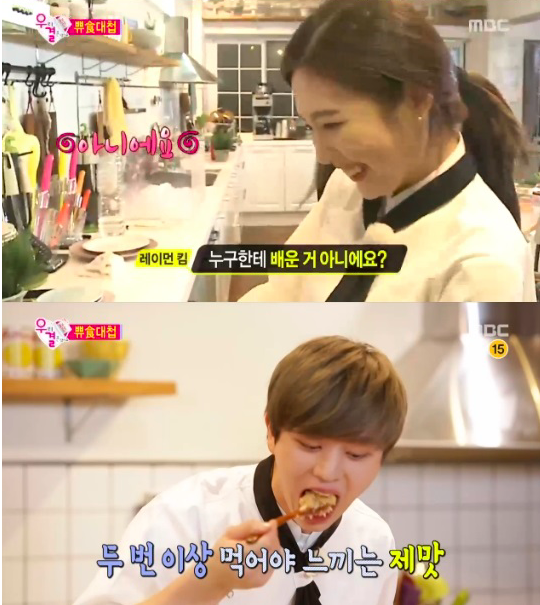 Yook Sungjae, meanwhile, made the chef nervous with his seemingly random use of various spices and endless taste-testing. “If you keep tasting your own food while you cook, you brainwash yourself into thinking it’s good,” he warned.

Finally, the chef tasted both dishes to judge the winner. He told Yook Sungjae that his dish wasn’t seasoned correctly, but tasted surprisingly good. “It’s not my style but there is potential,” he said. 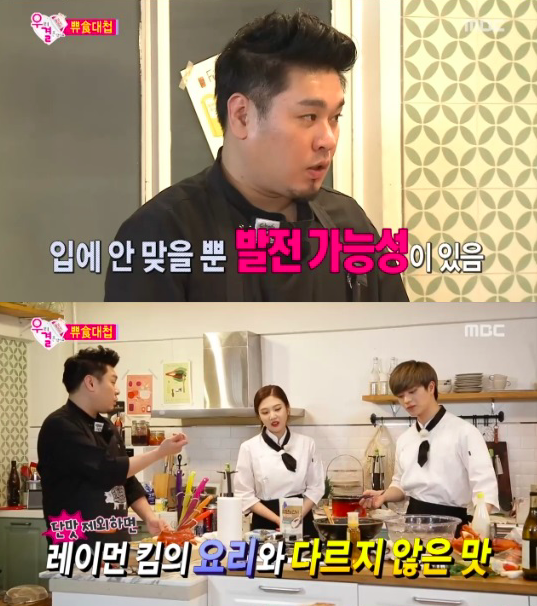 Joy’s dish, macaroni and cheese with lobster, raised high hopes as Raymon Kim revealed that it was the first dish that his wife, Kim Ji Woo, had made for him. Unfortunately, after tasting it he judged, “It’s too familiar a taste.”

Although Yook Sungjae then offered to lose for Joy’s sake, Raymon Kim told him that she had won anyway. In the final interview, the BTOB member said, “Winning or losing is not important.” 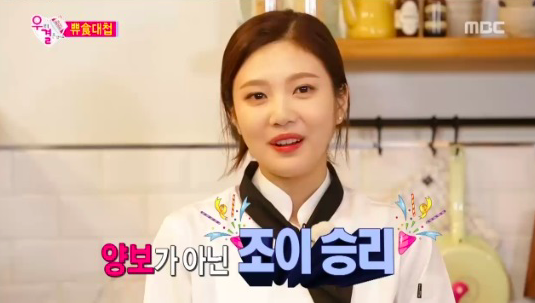