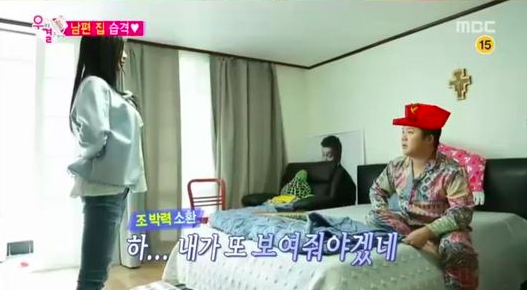 Watch: FIESTAR’s Cao Lu and Jo Se Ho Have Their First Lover’s Spat on “We Got Married”

“We Got Married’s” newest couple, FIESTAR member Cao Lu and comedian Jo Se Ho, have begun their marriage with a small lovers’ quarrel.

On the March 19 episode, Jo Se Ho brings up Cao Lu’s appearance on “Real Men” and mentions her one-sided crush on the drill instructor during her time on the show. Cao Lu then brings up Jo Se Ho’s friendship with After School’s Nana (the two of them starred in “Roommate” together). 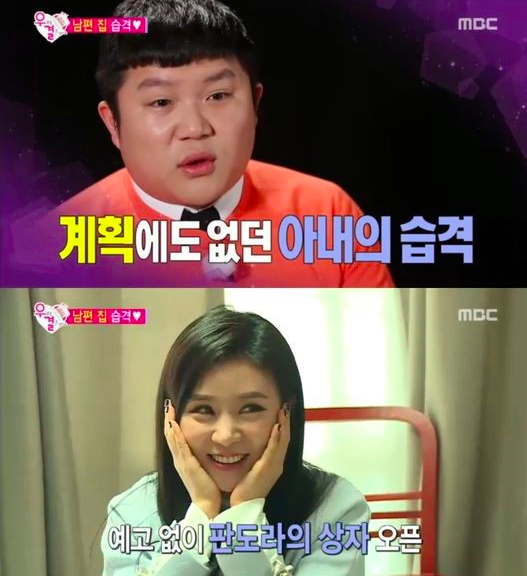 Then the real jealousy game begins, with Cao Lu saying, “Someone told me they say you at a club.” Flustered, Jo Se Ho says, “From now on, let’s both write down things we should do if we’re caught doing something we shouldn’t.”

Jo Se Ho becomes jealous himself when fellow comedian’s name Jun Hyun Moo comes up. “From now on don’t even say his name,” he said, but when Cao Lu calls him, Jun Hyun Moo answers in such a friendly way that Jo Se Ho gets angry. 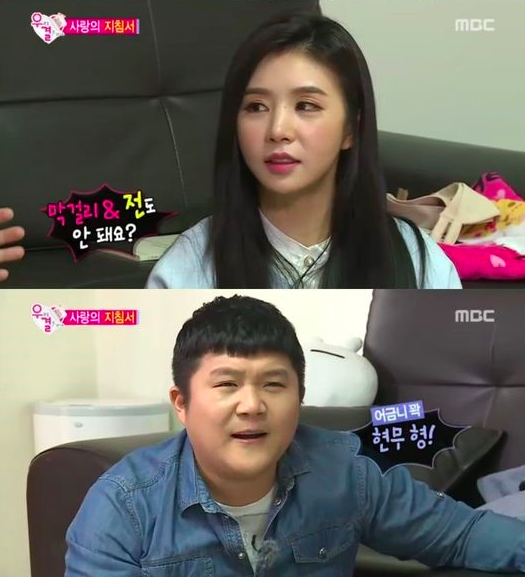 But Jun Hyun Moo calms down the couple by telling Cao Lu, “Jo Se Ho told me that he really wanted to meet and marry you.”

Watch part of the “fight” below:

Cao Lu
Jo Se Ho
We Got Married
FIESTAR
How does this article make you feel?