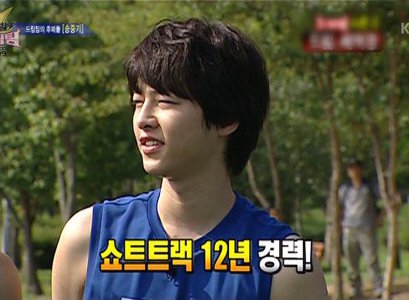 On March 20, the second part of the Heroes vs. Minions special of KBS2’s “Dream Team” was aired.

Before the actual competition begins, they have a mini corner called “Descendants of Dream Team,” where they introduced past “Dream Team” members such as actor Song Joong Ki, who is currently experiencing lots of love for his role in “Descendants of the Sun.” 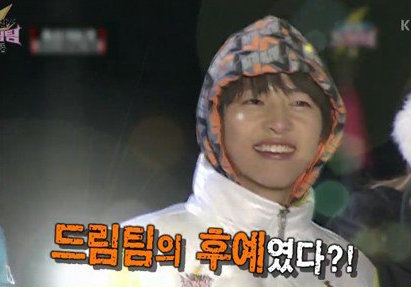 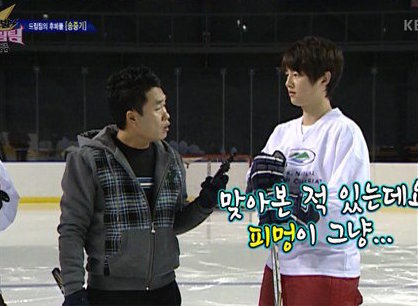 It was then revealed that Song Joong Ki had been a short track speed skater for 12 years, during his school years. Once, before an ice hockey competition on “Dream Team,” he offered a tip, saying “You’ll get hurt if you get hit by the hockey puck, so you have to wear thick clothing.”

Song Joong Ki explained, “I’ve been hit with a hockey puck before in middle school. It hurts so much that you can’t make a single sound.”

Song Joong Ki
Dream Team
How does this article make you feel?