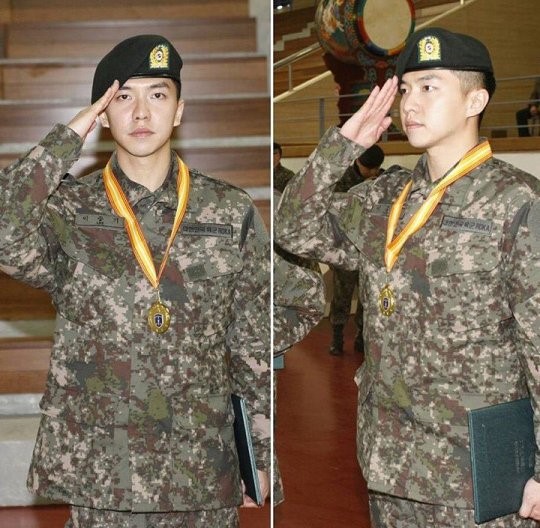 In the photo, Lee Seung Gi looks brave and confident, saluting with the certificate and medal he received as a trainee graduating with honors.

Lee Seung Gi enlisted active duty on February 1. He has been assigned to the Army Special Forces unit and will finish off his remaining time in the army as a Special Operations Soldier.